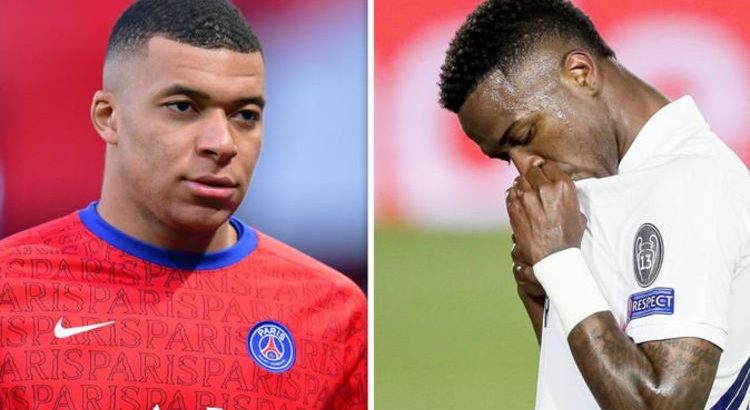 Real Madrid will not use Vinicius Junior as a makeweight to sign Kylian Mbappe from Paris Saint-Germain, according to reports. Vinicius is not for sale ‘at any price’ and Real are not interested in listening to any offers for the 20-year-old.

PSG sensation Mbappe remains a top target for Real ahead of the summer transfer window.

Los Blancos are Mbappe’s preferred destination if he were to leave the Ligue 1 giants.

The France international sees his current contract at the Parc des Princes expire at the end of next season.

However, it remains to be seen if Real can afford a deal this summer. 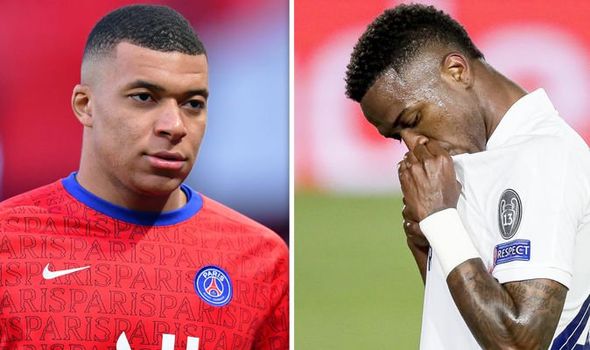 Financial problems at Real have been compounded by the coronavirus pandemic.

However, Spanish outlet Marca claim Real will not attempt to lower the asking price for Mbappe by sending Vinicius in the opposite direction.

Vinicius is one of four young players named in the report that Real view as ‘untouchable’.

Federico Valverde, Rodrygo Goes and Martin Odegaard complete the quartet of players who will not be allowed to leave the club.

Vinicius has a contract until 2025 and Real expect him to see out that deal at least.

The winger has three goals and three assists to his name in 27 La Liga appearances so far this season.

The Brazilian scored twice in the first leg of the Champions League quarter-final win over Liverpool earlier this month. 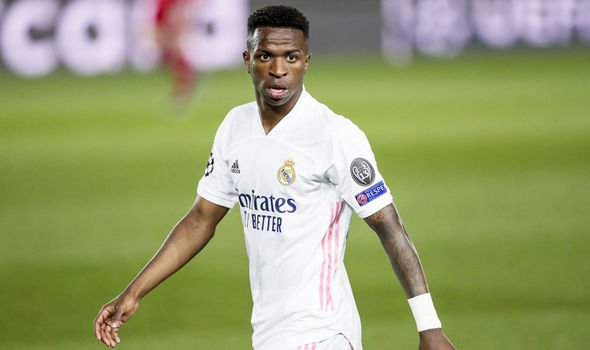 However, they know players will have to be sold to fund deals for two of Europe’s most sought-after players.

Experienced trio Gareth Bale, Marcelo and Isco will all be allowed to leave the club this summer.

Bale is set to return to the Bernabeu at the end of this season following his loan at Tottenham.

Sergio Ramos and Lucas Vazquez are both out of contract in the summer and talks have not progressed over keeping them at the club.

All four players have been crucial in leading Real to second in La Liga, as well as the semi-final of the Champions League.

They host Chelsea in the last four, with the first leg in Madrid on April 27.