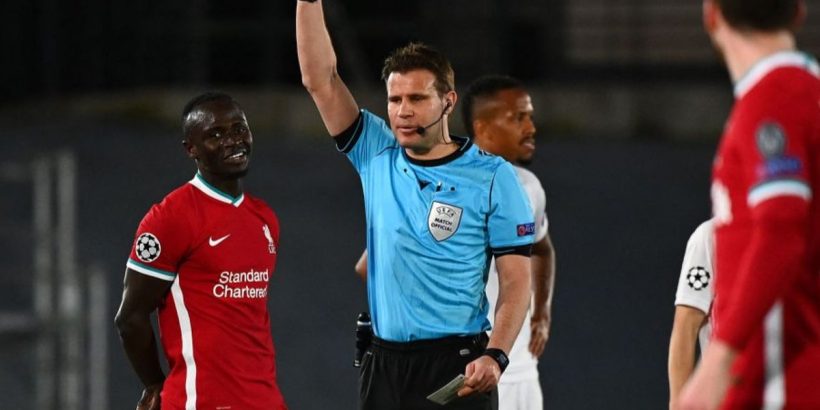 Liverpool manager Jurgen Klopp admits his side got what they deserved in a 3-1 quarter-final first leg defeat to Real Madrid which leaves their Champions League hopes hanging by a thread.

However, he took a bizarre swipe at referee Felix Brych for having what he claimed was a personal issue with Sadio Mane after the German official ruled the Senegal international had not been fouled by Lucas Vazquez on the edge of the penalty area as he ran through on goal.

Mohamed Salah’s 26th goal in 44 Champions League matches had given the Reds a vital away goal and brought the score back to 2-1 early in the second half after a dreadful first 45 minutes saw them concede to Vinicius Junior and Marco Asensio. But they conceded another to Vinicius to leave them with a tough task at a fan-less Anfield next week.

“Of course conceding goals is a problem but it is not the problem. The second half we did better, we scored our goal which is the positive of the night and that’s how it is. Did we deserve more than the 3-1? I’m not sure.”

Klopp was baffled as to why Mane did not receive a free-kick and Vazquez a red card for the challenge late in the first half.

“From that moment on whenever Sadio went down he didn’t get anything. That is not right. That is what I told him after the game, that I thought he was unfair with Sadio.

“That doesn’t change anything at all. He (Brych) didn’t lose the game. We were not good enough to get a better result, but in these moments you need just an ‘OK’ ref. That would have been enough.”