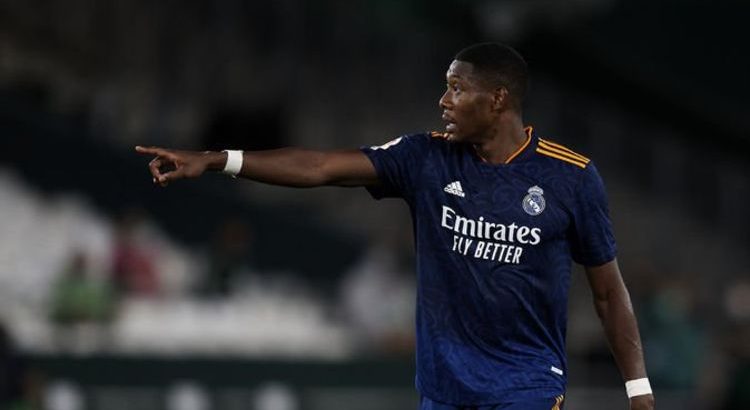 Guehi opens up on decision to leave Chelsea for Crystal Palace

David Alaba was one of Bayern Munich’s star players for the entire 2010 decade, but his departure to Real Madrid means that his time in Bavaria has come to a stop.

The Austrian signed for Los Blancos this summer on a free after running his Bayern contract down – and Real could do the same again this summer with Chelsea’s Antonio Rudiger, if reports are to be believed.

Spanish media outlet AS claim that Rudiger was destined to go out under Frank Lampard, but new manager Thomas Tuchel has made him a key member of the squad since his arrival.

With his contract running out next summer, Rudiger could go in what would be a transfer similar to Alaba’s as it transpired that contract talks with Chelsea. have not been initiated.

And 90min points out that an agreement is yet to be stuck between the two parties.

JUST IN: Arsenal know new signing they want to replace Bernd Leno if he departs

Rudiger’s agent has reportedly not spoken with transfer negotiator Marina Granovskaia in recent months and this worries Tuchel, who considers him a key player.

Tuchel spoke of a potential renewal for Rudiger earlier this year, claiming that if Rudiger wanted a new contract then he could have one.

“Nothing is better than what he is doing for a new contract,” Tuchel said back in May.

“If he wants to have a new contract he has our full support to stay at the club. He is speaking with his performances, he has been amazing since day one.

“We chose him in the first match after just one day of training. It was an unfair decision against Kurt Zouma but Rudiger’s German and I had a clearer picture of what he can do, of course, because I’ve followed him more than Kurt Zouma.”

Zouma has now departed for West Ham after the east London side made a £30milion offer for the Frenchman – one that Chelsea couldn’t refuse.

But Rudiger has excelled at his defensive instructions, being an instrumental part in the Champions League triumph.

“I had a clear picture of what he can deliver to a team and he took the chance. Since then it’s well deserved he is in the team.

“He is an aggressive leader, has this natural aggressiveness in him. He hates to lose, is hard to beat in duels, is very brave, and full of energy in his defending.

“He is leading by example and has a very positive aggression in him.

“This is what we like. When he can channel all this into top performances, as he does now, we are all very happy to have him.”