A member of the Republic of Ireland squad is self-isolating after testing positive for coronavirus ahead of the friendly against England on Thursday.

The Football Association of Ireland confirmed the positive test result on Tuesday evening, saying the player is “asymptomatic and feeling well”.

The rest of the squad and staff members all tested negative, with the FAI confirming that the player had no close contacts in the group.

“The Football Association of Ireland can confirm that one member of the senior men’s international team has tested positive for COVID-19,” a statement said. 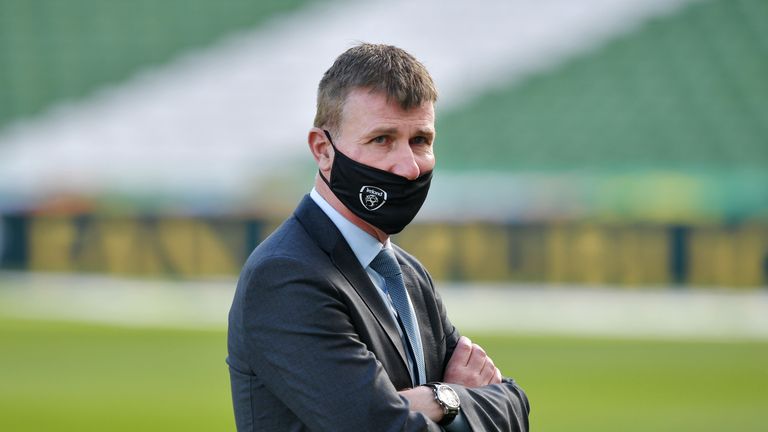 “The player has been isolated from the group as per COVID-19 protocols, and the HSE and UEFA have been informed of this development. The player is asymptomatic and feeling well.

“There are no close contacts of the player and the rest of the staff and squad tested negative ahead of Thursday’s international friendly against England.”

The friendly match between England and the Republic of Ireland at Wembley on Thursday was arranged after New Zealand withdrew from the original scheduled fixture with Gareth Southgate’s side.

England will travel to Belgium on November 15 and are scheduled to play at home against Iceland on November 18 in their last two UEFA Nations League Group A2 fixtures.

The Republic will travel to Wales for their Nations League clash on Sunday before hosting Bulgaria in Dublin three days later.