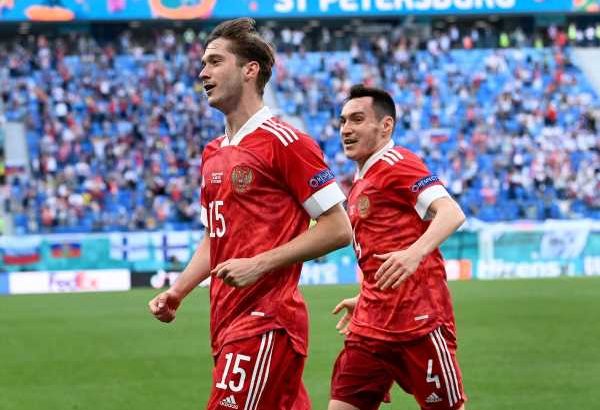 Miranchuk, who joined Atalanta from Lokomotiv Moscow for a reported £13million in August 2020, told a press conference: “Yes, I scored a good goal, but it’s not important.

“What is important is that we completed our task, won the game, got the much-needed three points and now we want to build on that.

“At this stage, the victory was most important. We have completed the task and are moving on. Have we missed a lot of chances? That’s football. It is important that we are creating chances.”

Miranchuk provided the game’s only moment of quality when he dinked a curling left-footed shot into the top corner after playing a one-two on the edge of the area with skipper Artem Dzyuba.

Cherchesov told a press conference: “I supported Miranchuk’s decision to move to Europe, to get out of his comfort zone and play in one of the world’s best leagues.

“I’m happy with how he is making progress and I hope he’ll start getting more game time at Atalanta next season. It will be good for both us and the player.”

Cherchesov added: “The players were a real team today. They fulfilled what they had to do and got the win.

“The formation I chose, I think, was right. To break down their defence we needed to use the wings and we did. The plan worked.”

Russia were given an early reprieve when Finland striker Joel Pohjanpalo’s flying third-minute header was ruled out for offside.

Finland captain Paulus Arajuuri told a press conference that the marginal VAR decision had a detrimental effect on his side.

“I don’t know how far Joel was offside, but it was so close,” Arajuuri said. “It’s all about fine margins and today they didn’t go our way.

“It gives you a huge energy boost when you score and when it’s ruled out, it takes a lot of energy out of you too.”

Both sides can still progress to the round of 16. Russia will play Denmark in their final group game on Monday while Finland face Belgium.