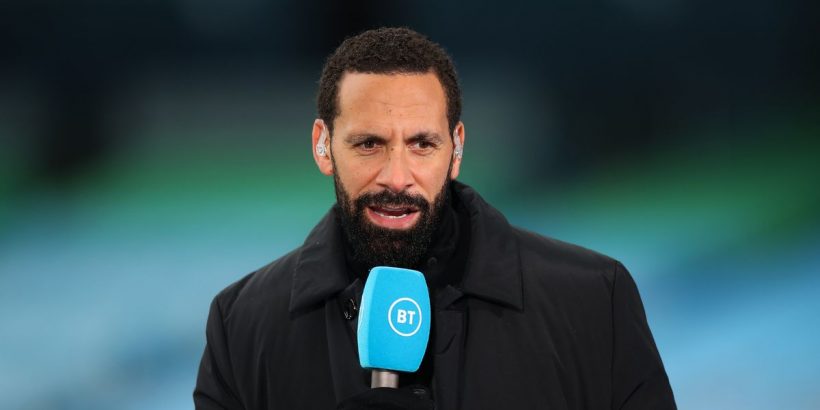 Having now experienced coaching in England and France, the 49-year-old produced a bold statement when comparing the Premier League to Ligue 1 that shocked Ferdinand.

Speaking on BT Sport ahead of Manchester City's Champions League semi-final second leg with PSG, the former Manchester United defender said: "I spoke to Pochettino a couple of weeks ago and he said, for fitness, he feels the French league is a harder and more gruelling league to play in than the Premier League.

Pochettino's side displayed their high intensity and fitness levels in the first-half of last week's Champions League tie.

But City came out fighting after the break to take control of the contest, with the French champions appearing sluggish in possession.

“Foden and Mahrez patrolled the wide areas in the first-half, second-half they gained control.

“I think we’re doing an injustice to the Man City team. I think it was tactical. They really controlled the dynamics of the second-half.

“The fluidity they have in their side is definitely an issue for teams. If we were centre-halves and there are people turning up in positions you didn’t anticipate, that can create panic. I think we saw that with PSG.”

Former Manchester City goalkeeper Joe Hart echoed the comments of Ferdinand as he praised the 'unpredictable' nature of Pep Guardiola's side.

He said: “With the way City play, their strength is how unpredictable they are. You don’t know who is running at you. Sometimes in a normal game, 4-3-3 v 4-3-3, you know who you are playing against. You have no idea who you’re up against when they’re at their best, guys like Foden, Mahrez and Cancelo are running across you.

“In the first-half, City were quite predictable. You knew what Kyle was doing, what Cancelo was doing and you knew you had to deal with either Phil [Foden] or Riyad [Mahrez]. PSG are a top team and City had to change it to beat them."