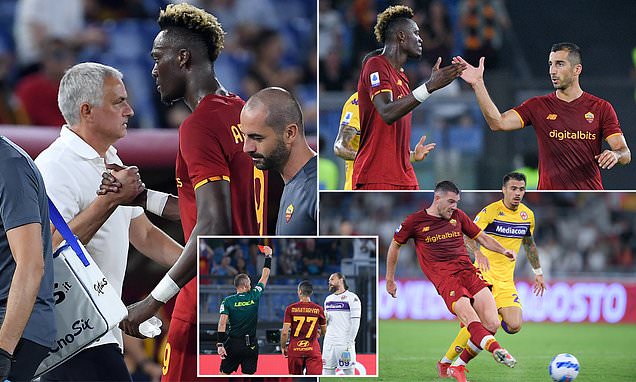 The Portuguese coach started his £34m signing for the pair’s league debut against Fiorentina, and locals were so impressed they gave the former Chelsea striker a standing ovation as he was substituted.

Both clubs finished with 10-men in a frantic match, with Abraham getting Bartlomiej Dragowski sent-off as well as assisting Henrik Mkhitaryan and half of Jordan Veretout’s brace. 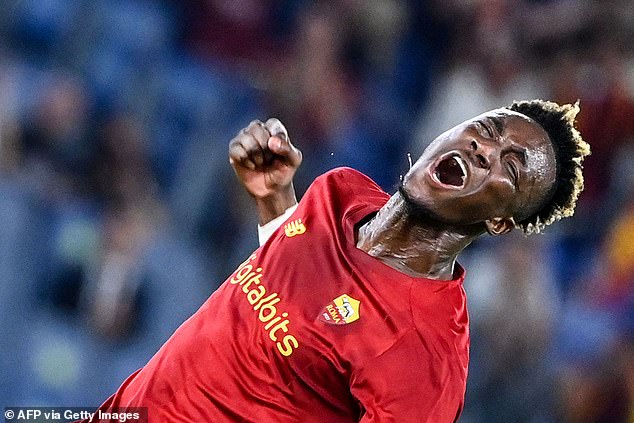 Roma Fans appreciated Tammy Abraham’s debut, giving him an ovation for his performance 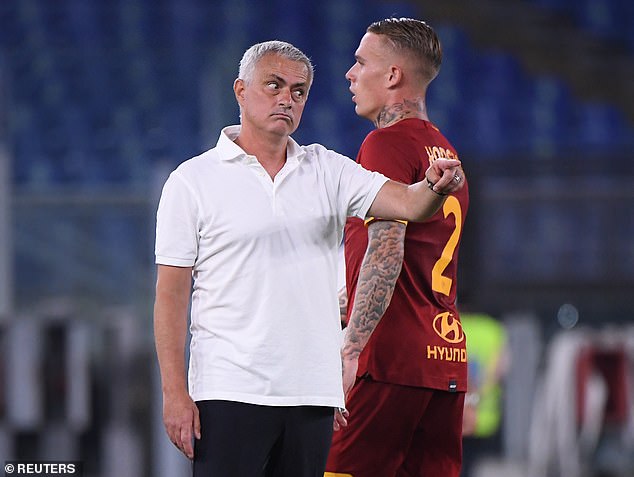 Jose Mourinho returned to Italy with victory, beating Fiorentina 3-1 on his return to the nation

Dragowski was given a straight red card for a foul on Abraham in the 17th minute, much to the bewilderment of the visitors’ coach Vincenzo Italiano.

Roma made the numerical advantage count in the Stadio Olimpico when the striker’s feints made space to play Mkhitaryan in, with the former Manchester United man breaking the deadlock in the 26th minute after a VAR check.

The tide turned in the second-half when Nicolo Zaniolo, starting his first Serie A match in more than a year following a long injury layoff, received his second yellow card and was dismissed just after the break, before Nikola Milenkovic levelled on the hour mark.

With the numbers evened up, Roma stepped up a gear, with Mkhitaryan squaring for Veretout to restore the hosts’ lead, before the Frenchman made it 3-1 11 minutes from time. 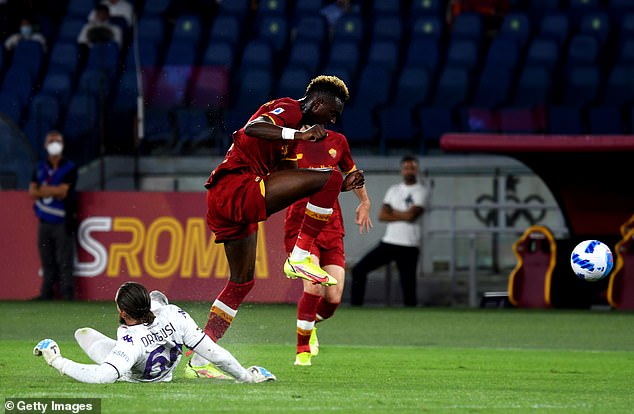 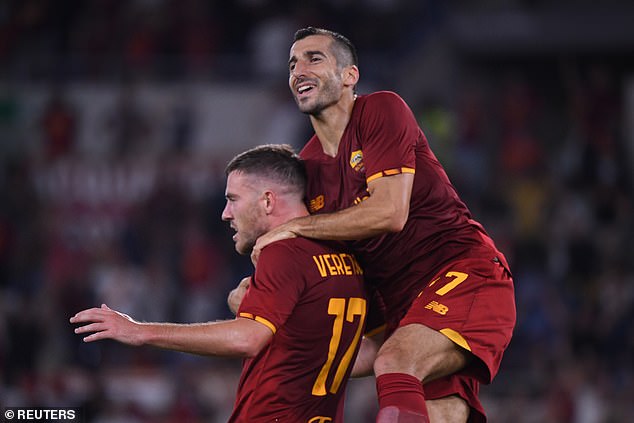 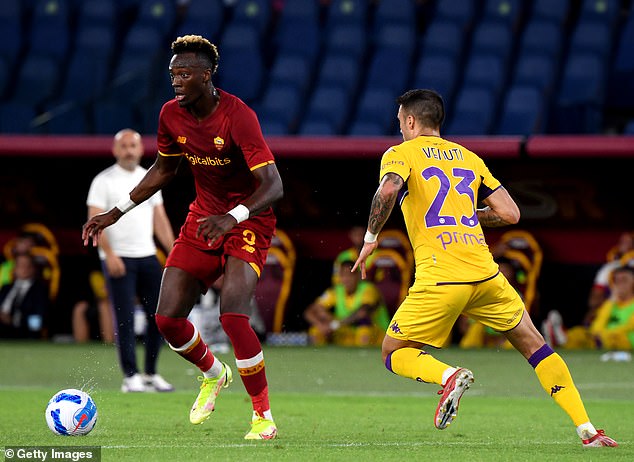 ‘The referee got every decision right,’ Mourinho told DAZN. ‘VAR is there to spot every tiny error, which can at times be decisive in games.

‘We have many different solutions but at this moment what I like is the spirit of the team; the defensive organisation is getting there.

‘Fiorentina made it very, very difficult for us. Italiano deserves a lot of credit because he has his team playing very, very well so early into the season.’

In Sunday’s other late kick-off, goals from Lorenzo Insigne and Eljif Elmas gave Napoli a 2-0 win over Venezia in Naples, even though the home side had Victor Osimhen sent off in the first half.