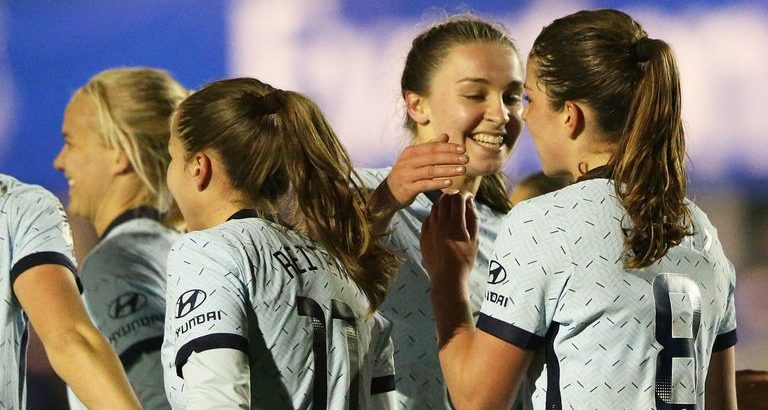 Roman Abramovich says Chelsea Women are “critical” to the club and he cannot understand why owners would not want to invest in women’s teams.

Chelsea Women were formed in the second year of Abramovich’s tenure at Stamford Bridge and are the defending Women’s Super League (WSL) champions.

They are also currently two points clear at the top of WSL, defeating Everton 3-0 on Wednesday after they lifted the Women’s League Cup trophy on Sunday.

Chelsea Women is “a critical part of Chelsea and shapes who we are as a club,” Abramovich has told Forbes in a rare interview.

“I see no reason why clubs wouldn’t want to support women’s football and provide the best possible opportunity for them to succeed,” he said.

Abramovich also said in the interview that it is his goal for Chelsea’s men’s team “to keep winning trophies” and to build for the future.

Since Abramovich became owner in July 2003, the men’s team have won 18 trophies including back-to-back Premier League titles in 2005 and 2006 under Jose Mourinho. In 2012, they also became the first club from London to win the Champions League.

“I think the trophies speak for themselves and show what we as a club have been able to achieve over these years and it’s my goal for us to keep winning trophies going forward and build for the future,” Abramovich added.

“The club was here before me, and will be here after me, but my job is to ensure we are as successful as we can be today, as well as build for the future.”

Abramovich also discussed racism in the interview and the need for Chelsea to continue making a stand.

This week several of the club’s top players welcomed Abramovich personally funding the club’s latest venture in the fight against racism, the ‘No To Hate’ campaign.

“Every time I get sent examples of racist abuse that our players face, I am shocked,” he said. “It’s disgraceful that this is the reality for not just our players, but for anyone targeted by this sort of abuse.

“If we as a club can make a difference in this area, in fighting antisemitism, racism and promoting tolerance, I am determined to stand behind it and contribute in whatever way I can.”

Kick It Out is football’s equality and inclusion organisation – working throughout the football, educational and community sectors to challenge discrimination, encourage inclusive practices, and campaign for positive change.