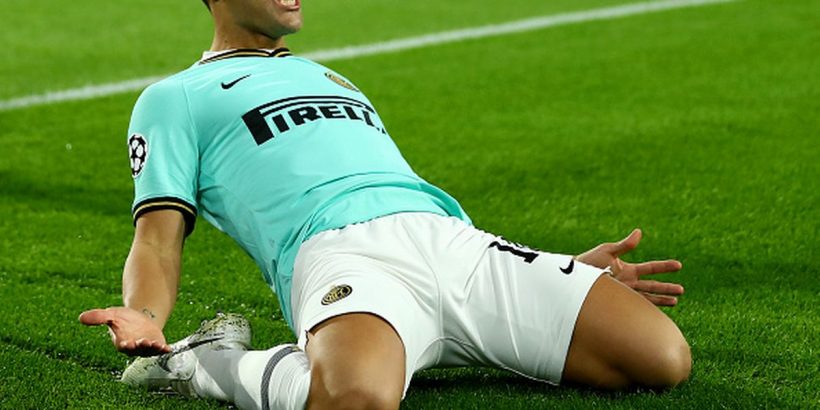 Wednesday evening was, for the most part, a positive one for Inter Milan fans as they cruised to a 3-1 victory over Roma having been crowned Serie A Champions a week earlier, but there was one negative.

Lautaro Martinez would have been bemused to begin with after he started the clash on the bench, but was thrust into action after just half an hour, replacing the injured Alexis Sanchez.

However, the Argentine had to endure the humiliation of being 'sub-subbed' with 13 minutes remaining, after he was withdrawn from the action himself.

Upon seeing his number go up, Martinez wore a face like thunder as he made his way off the pitch, kicking a water bottle as he returned to the bench.

Conte, no stranger to angry outbursts himself, responded by giving the 23-year-old a piece of his mind, with much of his anger picked up by pitch-side microphones.

According to Sky Sport Italia, Conte shouted to the striker: "Have respect! Who are you angry with? Never react like this again."

However, in stark contrast to Conte's reaction, Inter's assistant Cristian Stellini heaped praise on Martinez after the game, claiming: "This is an example of the mentality we want to see. Even if the result is already secure, we expect all the players to give the maximum effort," he said.

"At that moment, Lautaro was not playing up to the right standard and we want players who are always fully focused.

"Some things remain on the pitch, it's all in the past now and we will look forward to the next match."

Ironically, this matter spilled over on to the training pitch, with Romelu Lukaku stirring the pot by organising a fake boxing bout between the pair to settle their differences.

The clip was a good indicator into the kind of team spirit that has surely played a factor in Inter's status as Serie A champions, ending nine years of Juventus dominance in the process.

The whole affair was conducted in good spirits, with both parties laughing and joking throughout.

If Lukaku's video was simply a teaser, Inter's official Twitter account then updated fans on how the bout went, with it quickly ending in hugs all round between player and coach.