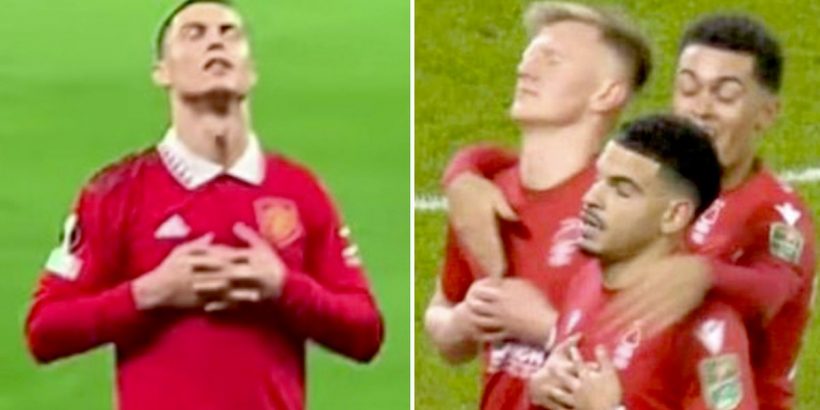 Nottingham Forest attacker Sam Surridge was left red-faced after he mocked Cristiano Ronaldo, only to see his goal ruled out for offside.

Morgan Gibbs-White looked to have played Surridge through, one-on-one, when the Englishman ruled the ball into the far corner. Surridge wheeled off to the corner, thinking he'd levelled the scoring, and he whipped out Ronaldo's new celebration.

However, VAR intervened, and replays showed that Surridge's knee was just offside – and the goal was chalked off. VAR's intervention has led fans to joke that even Ronaldo's celebration is cursed.

One fan tweeted: "Blud made the Ronaldo celebration and the goal got ruled out!! Nahhh even the celebration is also cursed ffs!!"

And a fourth tweeted: "Ronaldo is out of Europe but his new celebration is still there. GOAT for a reason!"

What do you think of Sam Surridge using Cristiano Ronaldo's celebration? Let us know in the comments section below

Ronaldo first debuted his new celebration for the Red Devils in November – but it was the only time the Old Trafford faithful would see it.

Following his bombshell interview with Piers Morgan on the eve of the World Cup, Ronaldo left United via mutual agreement.