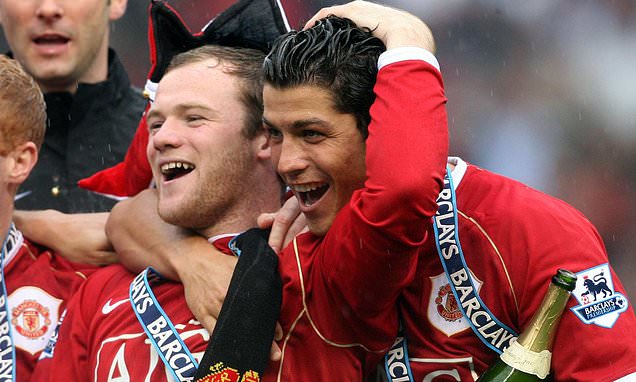 ‘Manchester United have to be a top-one team, not top-three’: Wayne Rooney hits back at Cristiano Ronaldo’s assessment of Red Devils and insists they should be winning the Premier League title EVERY season

Wayne Rooney has corrected Cristiano Ronaldo’s claim that Manchester United have to be a top-three team – by insisting that they must only strive to be a top-one team.

Portuguese forward Ronaldo claimed in an interview that anything less than third place would be a failure at Old Trafford, as seventh-placed United continue to struggle this season.

But the Red Devils’ all-time record goalscorer Rooney, now a manager at Derby, believes the bar Ronaldo set in that interview is too low – and that United should be challenging for top-flight titles every season. 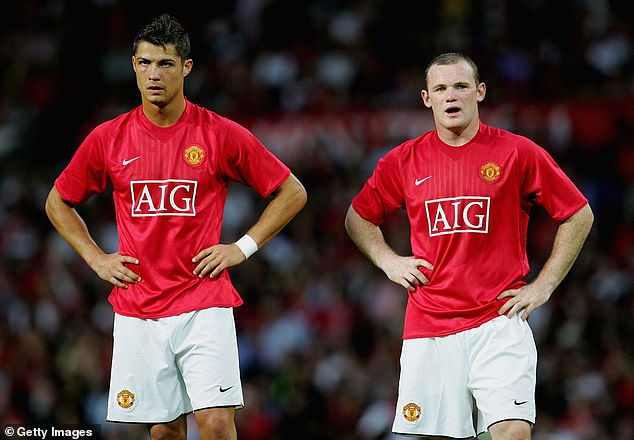 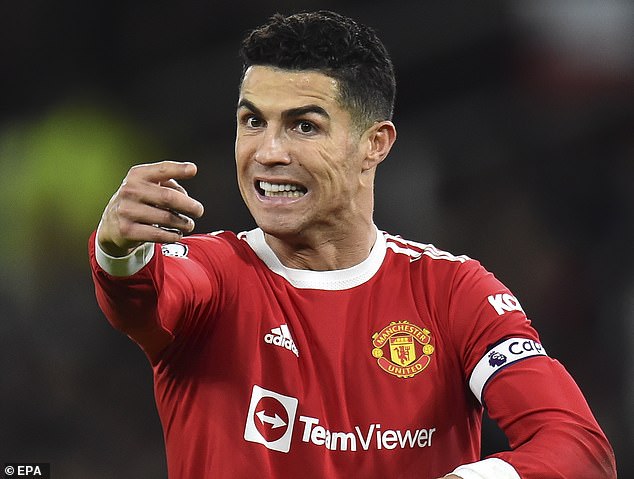 ‘Manchester United have to be a top-one team, not top-three,’ Rooney told a Derby press conference. ‘That’s the demands which the fans put on you, the demands that the club has.

‘Of course, they’re going through a difficult period but, make no mistake, that’s a club that has to be winning championships. It has to be winning trophies and that’s the pressure with coming and playing or working for Manchester United.

‘That’s the level they need to be back to. I’m sure they’ll do the right things to get them back to that place.’ 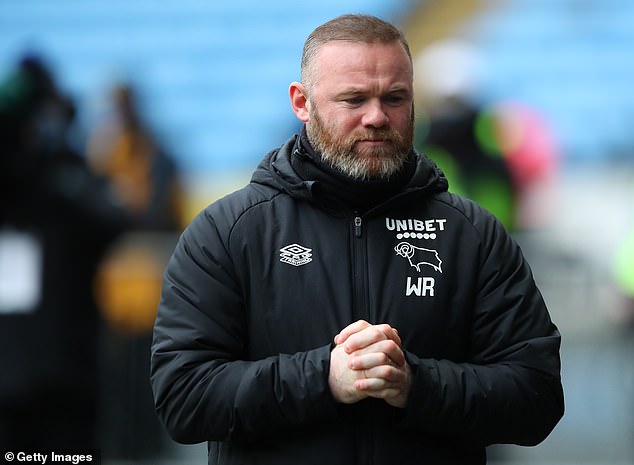 ‘In my eyes, I don’t accept that our mentality be less than to be in the top three in the Premier League.’

Ronaldo would have been hoping to challenge for the title upon his return to Old Trafford last summer, but United already find themselves 22 points behind leaders Manchester City down in seventh at the halfway stage of the season.

Ole Gunnar Solskjaer paid the price for a dreadful run of five defeats in seven matches earlier in the campaign, with interim boss Ralf Rangnick replacing him at the helm last month. 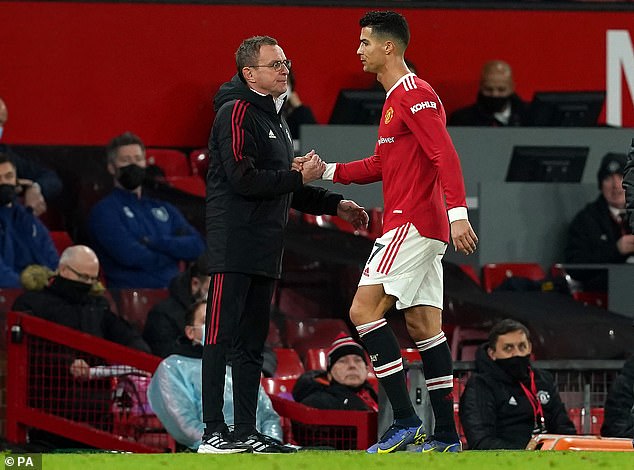 United have since taken 13 points from a possible 18 under their new manager, and Ronaldo – who has scored 14 goals in 21 games this term – believes they now have to push on and finish near the top.

‘I don’t want to be here in a club to fight to be in sixth or seventh or fifth place, I’m here to try to win, to compete. I think we compete but we are not yet at our best level’, he said.

‘Long way to improve and I believe if we change our mind, we can achieve big things.’