‘I dedicate this to the whole country’: Dante Rossi bursts into tears in post-match interview after helping minnows San Marino to historic back-to-back DRAWS

The result meant that, for the first time in their history, San Marino have secured successive draws in competitive games, with this result following on from the 0-0 against Liechtenstein.

Rossi was overcome with emotion after the game, telling RTV San Marino: ‘I said I wouldn’t cry, but I will cry. A gift to my small, big big country.’ 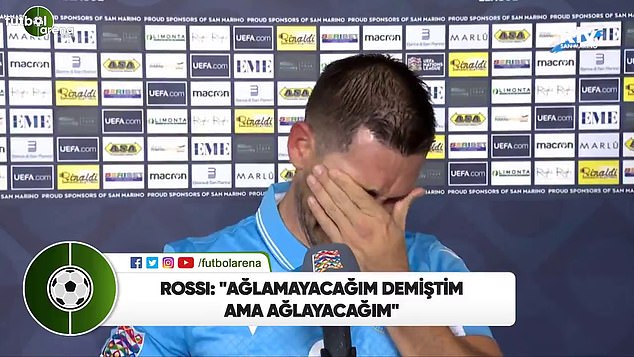 ‘For me it’s really a dream, I can’t talk much.

‘My family is happy, my wife too. I want to say thank you to my team-mates and all the staff. We hope to stay here for a long time. 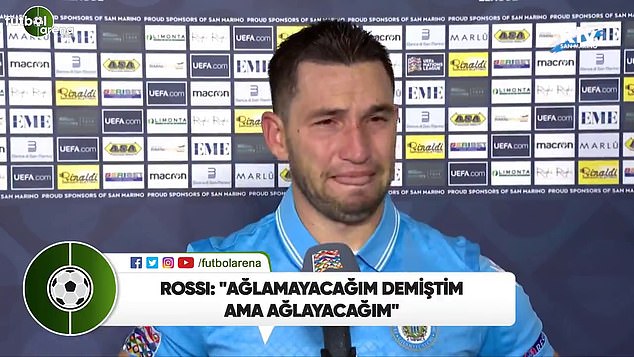 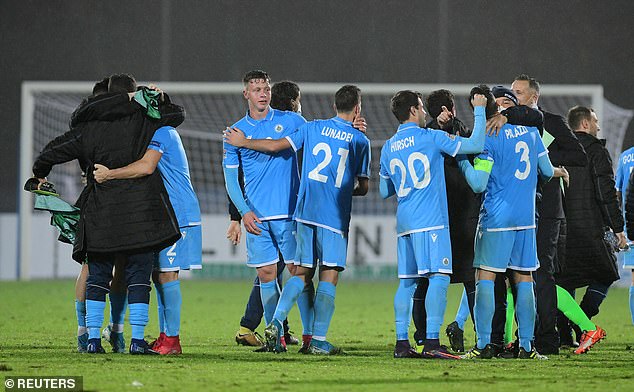 Despite having been reduced to ten men, San Marino managed to get a point v Gibraltar

‘I dedicate this draw to the whole country. We are a small country but we have a big heart.

‘To my family, my wife and all my friends, I apologise.’

Despite being reduced to ten men when Davide Simoncini was sent off in the 49th minute, San Marino managed to hold on to secure a point.

San Marino are bottom of Group D2 in the Nations League and cannot be promoted.

However, getting two consecutive competitive draws is a significant feat for a nation that has frequently struggled.

In the previous edition of the Nations League, for instance, San Marino were unable to pick up a single point.

San Marino have won just one game in their history, which was a 1-0 success against Liechtenstein in a friendly in 2004.