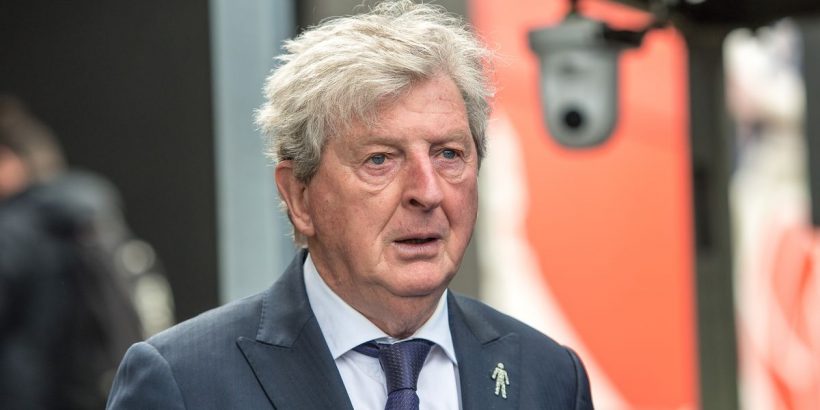 Roy Hodgson will leave his role as manager of Crystal Palace manager at the end of the Premier League season.

The 73-year-old leaves Selhurst Park after three-and-a-half years, having been in management since 1976.

And it means his last game in charge will be against former side Liverpool at Anfield on the final day of the season this Sunday.

The manager has said in a statement on a club website that the "time is right for me to step away from the rigours of top-flight Premier League football".

Hodgson has managed 19 different teams over his career, including spells with Inter Milan, Fulham and West Brom.

While he also took charge of the England national squad for four years, taking them to the 2014 World Cup and 2016 Euros.

After defeat to Iceland in the round-of-16, Hodgson's contract was ended and he took a year out before replacing Frank de Boer in 2017.

Hodgson said to Palace's website: "After more than 45 years of coaching I have decided that the time is right for me to step away from the rigours of top-flight Premier League football, so our final two matches will be my last ones as manager of Crystal Palace.

“It’s been a particularly rewarding period of my football life and career to have been able to spend these last four seasons with Palace.

"I feel now that at the end of another successful season, in which we have secured our Premier League status, the moment is right for me to step down from my responsibilities of being a full-time manager."

Hodgson's playing career started in Palace's youth system before getting a taste of management at Maidstone United as assistant to Bob Houghton.

And it was the coach's recommendation to Swedish side Halmstad in 1976 that earned his first managerial post.

It led to spells at Inter and Blackburn as well as management of the Swiss, Finnish and UAE national teams.

But his big break in Premier League football came with Fulham, helping them reach the Europa League final in 2010.

Following a spell with West Brom, the Three Lions called in 2012.

But a group-stage exit at the World Cup two years later and the Iceland defeat put him out of a job before boyhood club Palace came calling in 2017.