After unleashing Eberchi Eze from the start against Leeds, Roy Hodgson will hope his £20m man has what it takes to take the heat off Wilfried Zaha

On his battered and bruised legs, Wilfried Zaha has the battle scars to prove he has spent most of his football life as a marked man.

Some are so memorable he knows exactly who was responsible for them.

It has not been unusual to see Zaha being double or even triple-marked, with some opponents seemingly believing that if you stop him, you stop Crystal Palace. 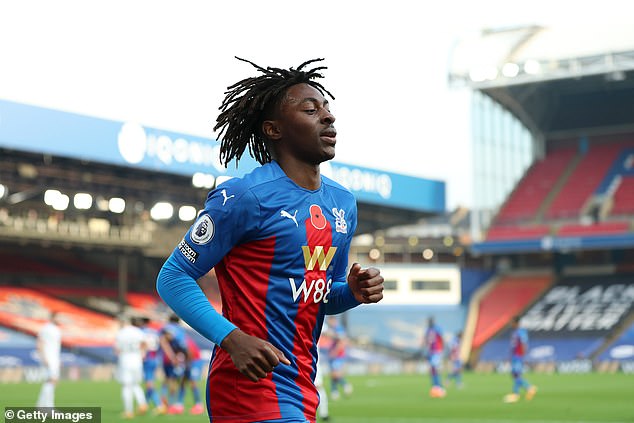 In the absence of the move he has really craved since last summer, what Zaha has needed having remained at Selhurst Park is more support to ease the burden and pain.

Jordan Ayew has helped on the goal front since arriving last summer top-scoring with nine crucial strikes during 2019/20 as the goals dried up for Zaha.

In England under-21 attacker Eberechi Eze Palace have found another talent to take the intense heat off their talisman.

Indeed Eze got some of the Zaha treatment against Leeds, being stalked by Stuart Dallas on man-marking duties.

Eze, a £20m summer signing from QPR, was making his first start for over a month against Marcelo Bielsa’s side.

He may now also look back at it as the day he enjoyed his big Premier League breakout performance.

A first assist for Scott Dann’s opener and then goal, a perfectly-executed free-kick that crashed in off the bar, to cap a mouth-watering man-of-the-match display.

‘It was the right time to unleash him and he lived up to the expectations I have of him,’ Palace boss Roy Hodgson said.

Eze sees himself as an entertainer and was exactly that against Leeds who were controversially denied a Patrick Bamford equaliser before Palace eased to victory.

At times Eze makes senior football appear easier than it surely is. He is different in style as an attacking threat to direct dribbler, tricky and the quick-footed Zaha.

Eze has a wonderful balance, touch and change of pace that allows him to twist, turn and glide away from defenders. But the end result is the same. 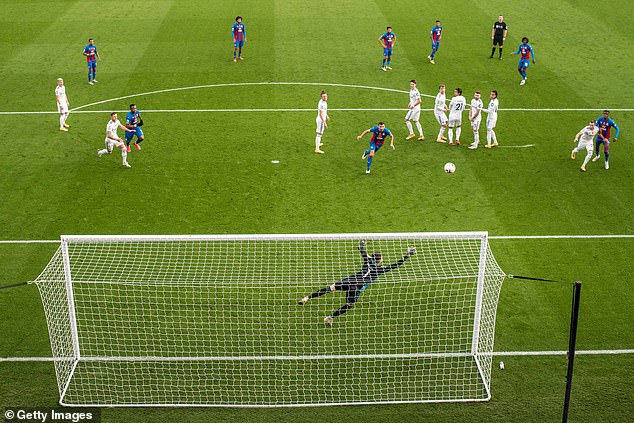 Their ability to unlock defences means they warrant extra attention, creating more space for others.

Zaha has already enjoyed a return to form this season.

After setting Ayew’s fourth, having previously had a hand in Helder Costa’s bizarre own goal, Zaha has now matched his tally of goal involvements from the whole of last season – seven – in just eight games this term.

Eze acclimatising too is more good news for both Palace and Zaha.