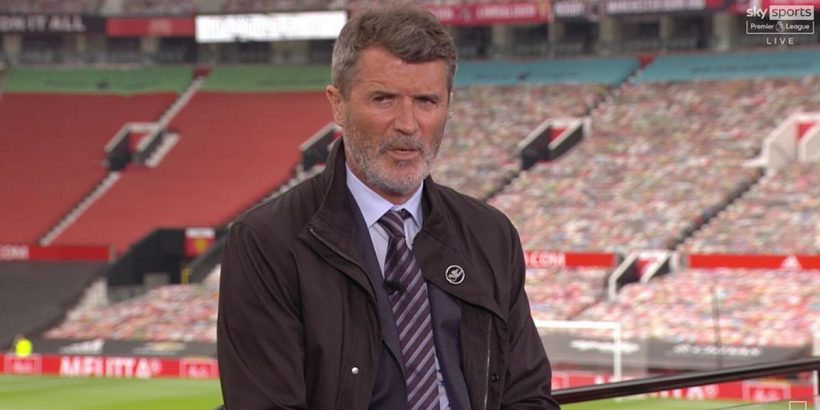 Former Manchester United captain Roy Keane has said that Sunday’s protests at Old Trafford are a culmination of events prompted by the club’s ownership.

Keane has said that “enough is enough” for the club’s fans, with the club’s decision to be one of 12 founding members of a European Super League acting as a catalyst for the dissatisfaction.

United were one of the Premier League ’s so-called ‘big six’ clubs – alongside Liverpool, Tottenham, Arsenal, Chelsea and Manchester City – to sign up to the breakaway proposals last month, although all six later withdrew their plans.

Fans of United gathered around the club’s Old Trafford stadium on Sunday to demand that the Glazer family sold the club, with many advocating for a 50+1 style of ownership, where fans would have a decisive vote in any key decisions taken by the club.

United were due to play Liverpool in a 4.30pm kick-off on Sunday but the match has been pushed back to a yet unspecified start time.

Keane told Sky Sports: “It’s got to a tipping point now for Man United fans. It was peaceful, I think they threw one or two bottles and a couple of flares – I think that was towards Jamie, to be fair, but I think they’ve had enough.

“Enough is enough for these United fans now. United have got some of the best fans in the world, huge club, we’ve seen today that it’s come to the end now and enough is enough with the ownership of the club.

“We’ve seen over the past few weeks with the frustration at the Super League, not being able to support the club over the last year, enough is enough now and the United fans obviously want the Glazers out.”

The Glazer family completed a hugely controversial takeover of the club in 2005, amidst much fan protest – with the events of recent weeks acting as a trigger to reignite fan protests.