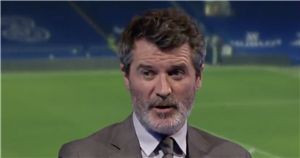 Manchester United legend Roy Keane has a theory behind his former side’s poor form against the Big Six- and it involves Jose Mourinho.

The Red Devils could not find a way past Chelsea as they battled to a 0-0 draw at Stamford Bridge.

It means that Ole Gunnar Solskjaer’s squad have recorded two losses and five draws in their seven games against the other big six teams including Arsenal, Liverpool, Manchester City and Tottenham.

This run of form started with a defeat against the last side, managed by ex-United man Mourinho to a 6-1 victory at Old Trafford last October.

And Keane, who won seven Premier League titles in the red side of Manchester, believes the club’s last reunion with their Portuguese manager has seen United have a cautious approach to Big Six games.

Speaking on Sky Sports after the match, the Irishman said: “Maybe they are scarred from the Spurs game. I don't know the scoop, we're just guessing.

“But maybe their mindset is going into these games. We've seen poor games. Sometimes you have a nil-nil and it's a fantastic game, the keepers are fantastic, missed penalties or whatever.

“But some of these games we've watched and covered have been really boring, considering there's some really good attacking players in the team.

“We dressed it up before the game – there's clean sheets and positives.

“But the lack of goals from United's point of view, with the real good players they've got on the pitch, might be something in their mindset.

“Or as the game goes on they settle for the draw, not wanting to be beaten.

“I always think United mindset the onus is on to win a football match and you take on the risk to lose. The mindset of United at the moment is not being beaten in these games.”

It comes after Keane criticised United forward Anthony Martial for his “lack of passion”, with the forward getting snubbed from the starting XI.