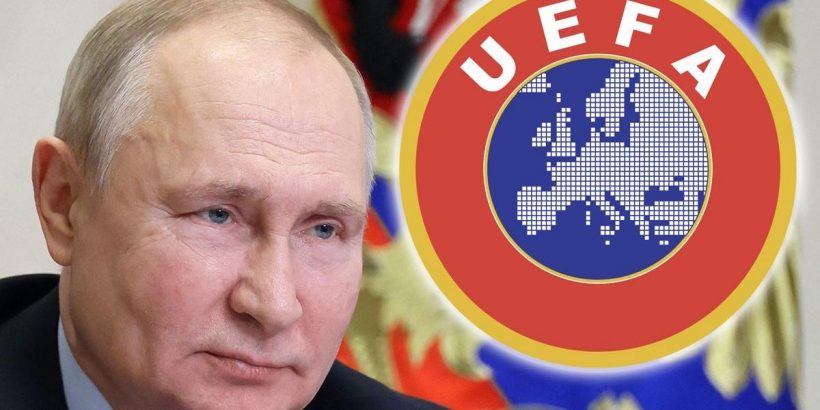 Russian football teams are expected to remain banned from European competitions as the war on Ukraine continues.

UEFA expelled the 2018 World Cup hosts last February when Vladimir Putin ordered Russian troops to launch a brutal invasion of Ukraine. UEFA stripped St Petersburg of the hosting rights for the 2022 Champions League final, while the Russian national team was also banned from qualifying for the men’s World Cup and the women’s European Championship.

Nearly one year since the invasion began, Russia has also been stripped off their hosting rights for the UEFA Super Cup – the early season final between the Champions League winners and the Europa League winners – that was scheduled to be held in Kazan this August. However, despite meetings between UEFA’s executive committee and Russian Football Union leaders, they are still expected to remain expelled from UEFA and FIFA competitions.

According to Sky News, UEFA are still adamant on Russian football teams being banned from European competitions while the war in Ukraine is still ongoing.

It is believed that UEFA do have a desire to discuss the condition of Russian football, in preparation for when their sides can be reintroduced into competitions when the war ends.

The Court of Arbitration for Sport backed UEFA’s decision to suspend Russian clubs from European competitions in July, after the RFU and Russian teams filed an appeal. At the time, Russia were set to take on Poland in the World Cup qualification play-offs, but their suspension resulted in the Poles being awarded a bye to the playoff final.

Do you think Russian teams should remain banned from UEFA? Let us know in the comments section belowy

Russia are also forbidden from qualifying for the men’s 2024 European Championship, while the women’s side are also not allowed to take part in the women’s World Cup in Australia and New Zealand in July. Their expulsion also means UEFA will need to find a new host for the 2023 instalment of the UEFA Super Cup.

On December 23, reports from ESPN claimed officials from the RFU held a meeting in Moscow to discuss the possibility of resigning from UEFA and joining the Asian Football Confederation. Russian officials reportedly believe their teams would return to action in a more welcoming environment, when their suspension from FIFA is eventually overturned.

"In the current geopolitical realities, the presence of the RFU in UEFA contradicts the national interests of Russia," Roman Teryushkov, the deputy of the State Duma, told sports.ru. "It is impossible to build sports friendship with countries unfriendly to us and with constant poking from the collective West."