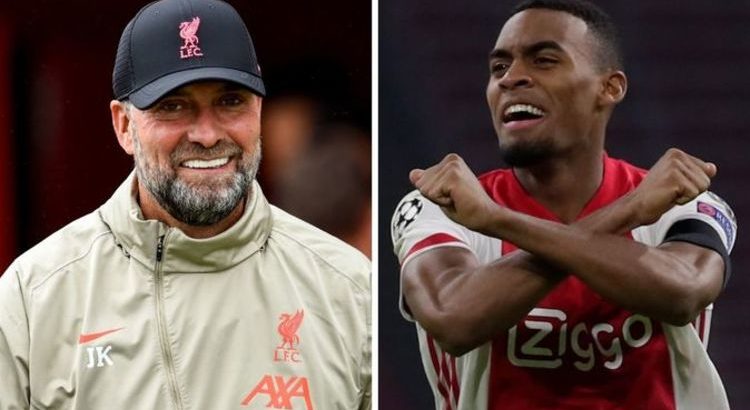 Klopp 'not surprised' by Elliott display for Liverpool in win

Xherdan Shaqiri’s exit from Liverpool has prompted more questions on whether Jurgen Klopp will go into the market for a replaement and there are reportedly three players on their shortlist of options. The summer transfer window is coming to a close next week with Liverpool’s main focus recently being on trimming down their squad.

Jurgen Klopp has indicated on numerous occasions that any incomings will be based on who leaves the club.

Shaqiri’s move to Lyon for £9.5million means Liverpool have now received more than the £36m they paid to make Ibrahima Konate their only signing of the summer.

Numerous reports heading into the summer transfer window stated that Liverpool wouldn’t have the funds to make wholesale changes to their squad.

But some Liverpool fans have still questioned the current transfer strategy, particularly with their title rivals all making marquee signings.

Manchester City have added Jack Grealish for £100m, Romelu Lukaku has returned to Chelsea for £97.5m while Manchester United look stronger with the additions of Jadon Sancho and Raphael Varane.

Klopp’s success at Liverpool hasn’t been based on matching other clubs in the market, but they have dipped into the market when it was needed.

Harvey Elliott has seemingly done enough to warrant first-team football at Liverpool this season while Klopp is reportedly happy to consider Kaide Gordon as an option in attack.

But there are still some options for Liverpool in the transfer market, according to the Liverpool Echo.

There has still been no replacement signed for Georginio Wijnaldum and it is claimed that any new midfielder coming in will be one for the future.

Ajax star Ryan Gravenberch is named as a possible target, but the report adds that a move may be put off until next summer.

Further forward in attack and Liverpool will be looking to rely on the talents of Diogo Jota, Mohamed Salah, Roberto Firmino and Sadio Mane.

Takumi Minamino and Divock Origi are the main options for Liverpool from the bench.

Shaqiri’s departure has seemingly done nothing to alter Liverpool’s stance on bringing in someone new to freshed up their attacking options in the squad.

But if Minamino or Origi leave, the latter of which seems more likely to be sold, then the Reds are seemingly prepared to sign a replacement.

Both Jarrod Bowen and Ismaila Sarr are touted as possible options having held interest in both the forwards this summer.

Whether or not Liverpool make a move in the final few days of the transfer window though remains to be seen.