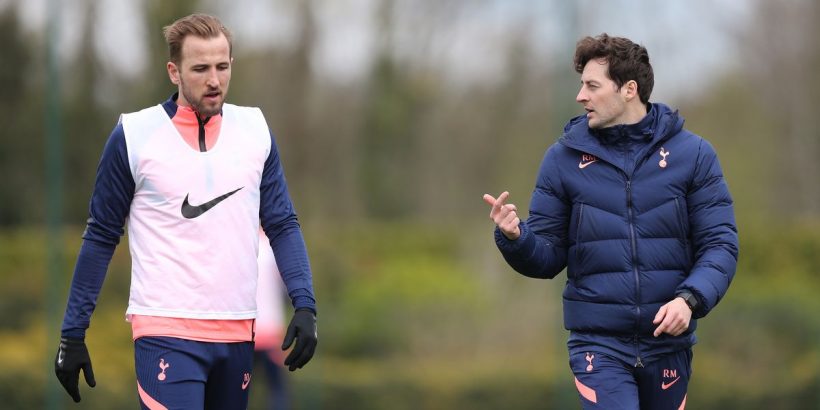 Tottenham's interim boss Ryan Mason admits he is not aware of any wish from Harry Kane to quit the club.

It was reported on Monday night that the English forward has reiterated his desire to leave the north Londoners in the summer.

Kane wants his future resolved before Euro 2020 kicks off in less than a month with several of Tottenham's domestic rivals making contact over a potential move.

Mason has had no such conversation with his star striker about his next move so could give little clarity on the situation.

“No, not that I’m aware of," he said when asked whether he knew about Kane's plans to leave.

“All of my conversations with Harry have been about the game. All these conversations, I am not so sure. I don’t know.

“I speak to Harry pretty much every day. He’s excited along with me about (Wednesday’s game against Aston Villa). Our only discussions have been about the game tomorrow. We’re looking forward to tomorrow.”

Mason confirmed the striker will start when fans return for the game against Aston Villa despite the uncertainty surrounding his future.

“He starts tomorrow because he is our best striker and he is one of the best strikers in the world,” Mason said.

“I have been consistent, I am here for the next two games and that is my main focus in preparing a football team and winning a game of football. Hopefully we can do that and Harry can get on the scoresheet.

“They’ll love seeing him play. He loves the club, he’s been here from a very young age, come through the system. I’m sure the fans are excited to see Harry play.”