‘As long as I help Liverpool get the result I’m not worried’: Mo Salah insists winning is the priority after ending goal drought at Huddersfield

Mohamed Salah insisted that winning is the priority after he ended his goal drought in Liverpool’s 1-0 win over Huddersfield.

The Egyptian had failed to score in four games prior to the Reds’ trip to the John Smith’s Stadium on Saturday.

Salah scored his 50th goal in English football in the 24th minute of the league encounter. 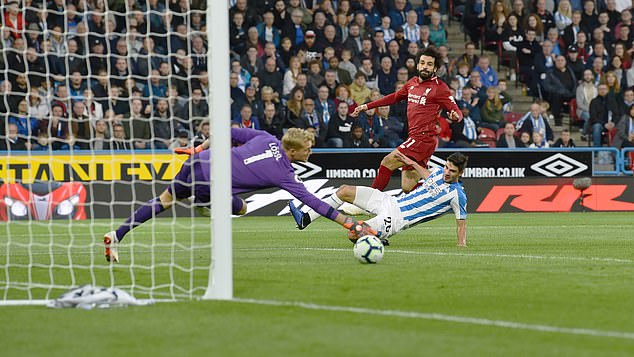 ‘It’s a good feeling but the most important thing is to help the team get the result and now we are on track,’ he told BT Sport.

‘I’m not worried (when I don’t score). The most important thing is the team, so as long as I help them get the result I’m not worried.

‘We had four or five players starting in the team for the first time this season in the Premier League. All of us are at the same level so everyone has to fight (for places).

‘It was a tough game but in the end we got the three points, the most important thing. We had to fight but we knew that.’

Salah’s first-half strike made sure Jurgen Klopp’s side kept pace with Manchester City at the top of the Premier League.

Liverpool are level on 23 points with the reigning champions but sit second due to an inferior goal difference. 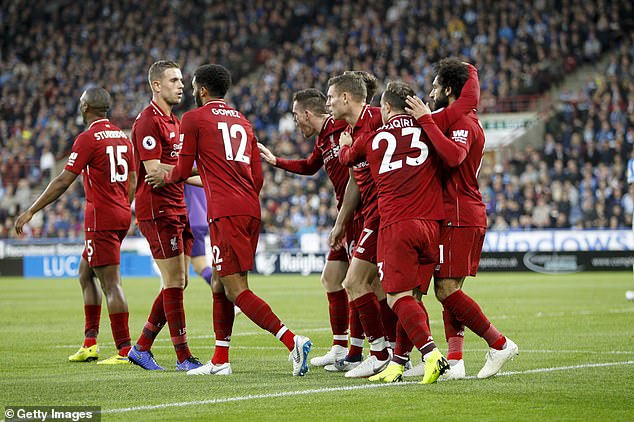 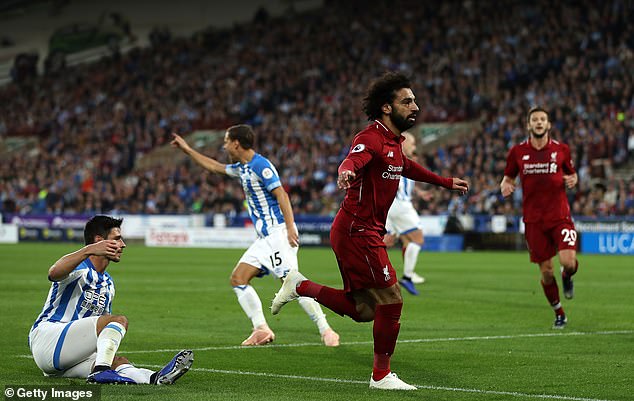