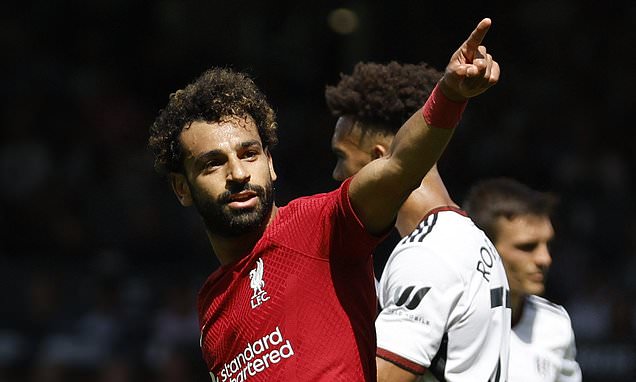 Mo Salah has equaled the record for goals on the first day of  Premier League season by scoring his eighth against Fulham.

He is now tied with Frank Lampard, Wayne Rooney and Alan Shearer, all of whom played more Premier League seasons than Salah.

The Liverpool winger already held the record for the most consecutive opening days scored on, but he has now upped his record to six. 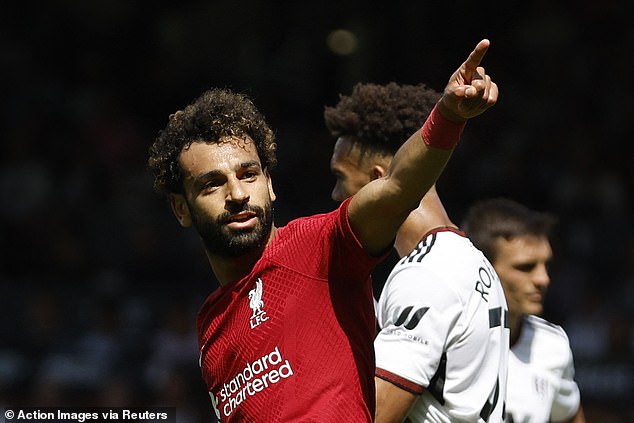 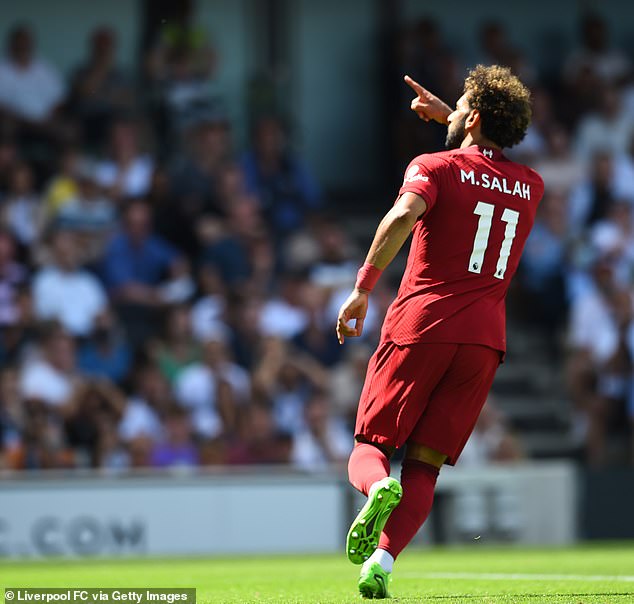 The goal, which secured a point for Liverpool in a surprisingly tough game for the Reds at Craven Cottage, also took Salah level with Michael Owen as the eighth top scorer in Liverpool history.

He is now just 14 goals behind Anfield legend Kenny Dalglish after playing over 200 fewer games.

Despite Salah’s exploits, Liverpool had an opening day to forget against Fulham. They looked off the pace in the first half, and had their late resurgence pegged back by an Alexander Mitrovic penalty.

Darwin Nunez scored his first Premier League goal to keep Liverpool in the game, but the Anfield faithful will be expecting more convincing showings as the Reds gun for the Premier League title.

They may be hindered on their way there by a mounting injury crisis, with seven first team players out injured and Thiago Alcantara a doubt after being subbed off against Fulham.