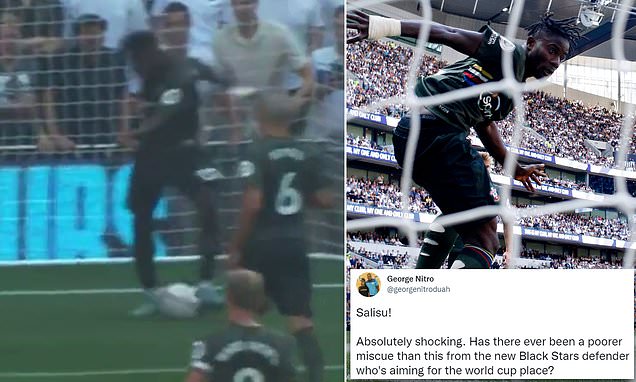 ‘One of the worst own goals EVER’: Mohammed Salisu is ridiculed by fans after prodding home a comical own goal in Southampton’sby Tottenham as they are left baffled by his ‘absolutely shocking’ gaffe

Mohammed Salisu has been slammed on social media for a disastrous own goal which was the third goal Southampton conceded in a 4-1 defeat at the Tottenham Hotspur Stadium.

The Ghana centre-back mistimed his clearance in the 61st minute, and the ball ended up in the corner of the net.

Salisu’s error has made its way to social media, where people have less than kind to the 23-year-old – and his hopes of representing his country at the World Cup. 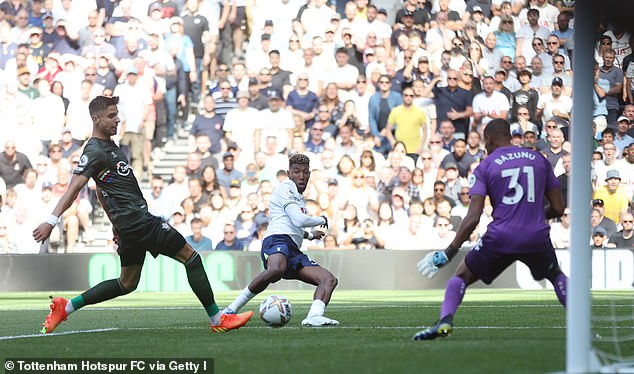 Salisu’s goal came from an Emerson cross, to give Spurs a 3-1 lead, which they later extended 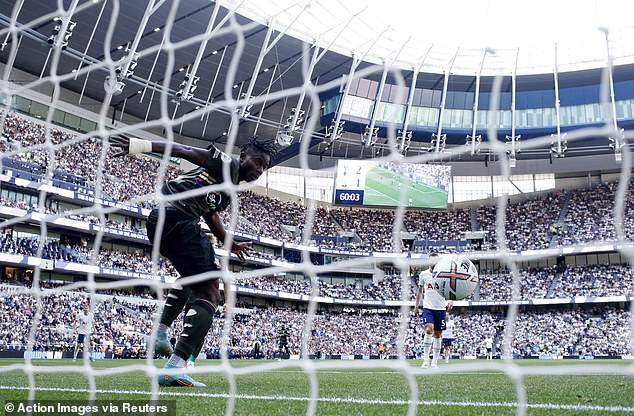 ‘Absolutely shocking’, one person tweeted. ‘Has there ever been a poorer miscue than this from the new Black Stars defender who’s aiming for the world cup place?’

Another fan said: ‘The worst own goal ever from Salisu.’

Others noted that ‘Mohammed Salisu not having a good start to the season’ after the comical own goal put Spurs out of reach in their opening match of the season.

Salisu had pledged himself available to Ghana, but fans are questioning his World Cup hopes

In July, Salisu finally agreed to play matches for Ghana, but this latest mistake will not be seen as a positive attribute towards his possible inclusion in the tournament squad.

One Twitter user said: ‘The moment Ghanaians noticed Salisu he became bad at football. The bad vibes of this country is unmatched’.

Ghana are set to face Portugal, South Korea and Uruguay in Group H of the FIFA competition, which is being held in Qatar this November and December. 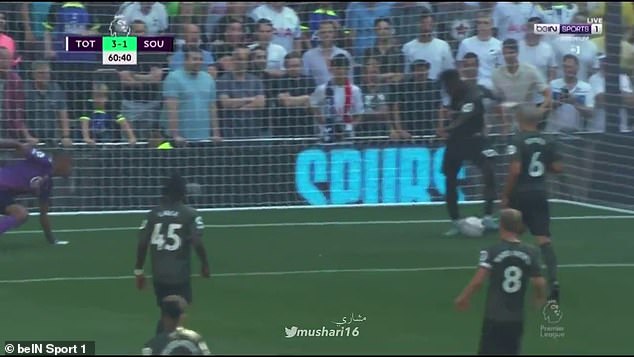 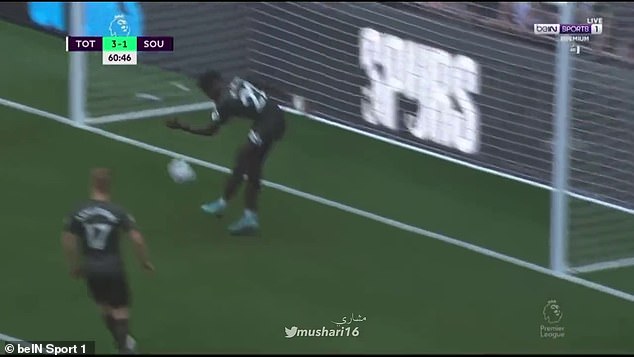