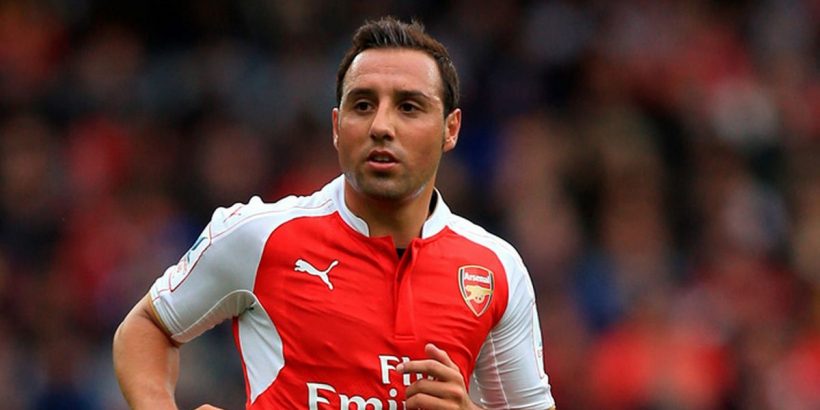 Santi Cazorla has revealed why he still does not understand why he is so loved by Arsenal fans.

The former Spain international will see the two clubs he played for most in his career go head to head once again this week for a place in the Europa League final.

Arsenal play host on Thursday knowing they need to better the 2-1 defeat Villarreal inflicted on them last week to reach the final.

With more than 400 appearances combined for both clubs, Cazorla is certainly no stranger to feeling the love of both sides.

But the Al Sadd playmaker admits that he still doesn’t entirely understand why he became such a fan favourite, though it says it makes him love the club even more.

"I enjoyed myself the most in the Premier League," Santi Cazorla told UEFA.com.

"For me, playing at the Arsenal Stadium every fortnight was wonderful, in front of our fans in such a lovely and amazing stadium. It's something I really miss because it's a special feeling.

"I don't know why the fans have been so good to me as I've only done what I did at every club, trying to do things the right way and bringing something to the table, and the love they gave and still give me is priceless.

"It's unforgettable and it's down to them that I'm such a Gunner."

Cazorla spent much of his time at the Emirates Stadium playing alongside Mikel Arteta in the Arsenal midfield.

And the 36-year-old gave his compatriot his full backing to take the club forward for the long-term.

“I think he's the right man to take the club forward,” added Cazorla.

“It's difficult to follow a period like Wenger's – the club has to adapt to another kind of football, another philosophy, another vision of football.

“He's got a clear idea of how he wants his team to play, they're in the semi-finals and they did well in the FA Cup [last season].

“They have been pretty inconsistent but you've got to give him time and I think they're convinced that Mikel can get a lot out of the squad and achieve big things.

“I’m great friends with him and whatever good happens to him and the club I'd be happy for them because I'm a 'Gunner’.”