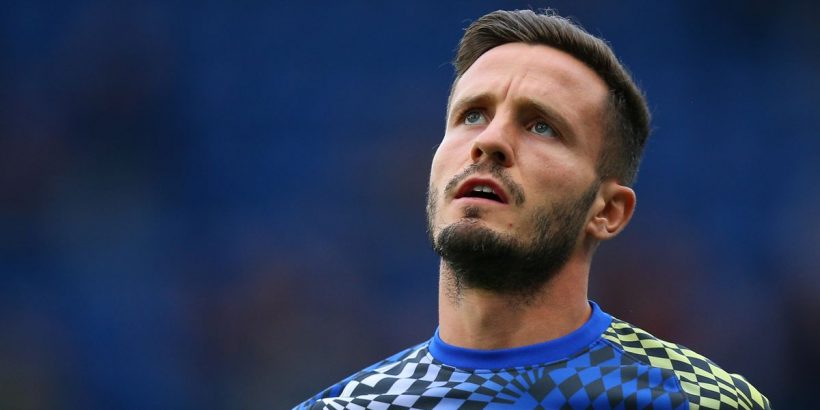 Saul Niguez has shared his reaction to being substituted at half-time of his debut for Chelsea by Thomas Tuchel after he was handed a surprise start.

Saul was signed for a season loan on Transfer Deadline Day from Atletico Madrid to join N'Golo Kante, Jorginho and Mateo Kovacic in the Blues' midfield ranks.

Although it seemed he would have to bide his time to break past that trio, he was included in the starting XI for the 3-0 win over Aston Villa.

Kante was absent through injury and Jorginho was rested after the international break so the Spain international partnered Kovacic in the centre of the park.

But it was a debut to forget for Saul who didn't register a single tackle in the first 30 minutes and was hauled off by Tuchel during the break.

After the match he took to Instagram to say: "‘Wasn’t the expected debut.

"Really happy with my first game and victory with the team. Incredible to see Stamford Bridge full of Blues."

Should Saul have been taken off at half-time? Let us know your thoughts in the comments section.

Saul's debut arguably did more harm than good as he failed to make an impression and Villa took control of the midfield and the game despite being 1-0 down.

And after he was replaced by Jorginho, Kovacic scored his first goal at Stamford Bridge to further establish himself ahead in the pecking order.

Lukaku went on to add his second late on after he'd opened the scoring to wrap up the win for Tuchel, but the German boss admitted he'd made a mistake starting Saul.

Speaking to Sky Sports, he said: "Well, it was hard to do it but I had the feeling he struggled, he had some big mistakes, passing mistakes and errors and he struggled with the intensity and you could see that he has not fully adapted.

"So it is completely my responsibility, I thought that he can maybe just jump in and play for us on that level.

"So I thought it is maybe just better to have Jorginho who has a close connection with Thiago [Silva] to control the game there a bit more."