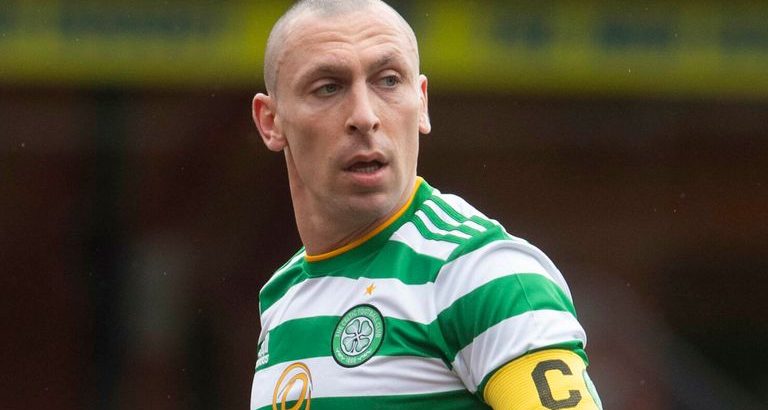 Scott Brown has revealed that loyalty to Celtic was the reason why he once turned down a move to Tottenham, and he has also discussed his legacy at Parkhead in an exclusive interview with Sky Sports News.

Since he joined the club in 2007, Brown has won 23 major honours, amassed 610 appearances and scored 46 goals in an illustrious career at Celtic Park.

You had your last Celtic home game on Wednesday in the 4-0 win over St Johnstone, how do you feel to be departing the club?

“It’s sad, I’ve had 14 fantastic years here. I’ve enjoyed every single moment of it, I’ve made so many friends. I’ve seen so many players come and so many players leave the club.

“I’ve had so many trophies, so many great occasions and it’s just coming to the end of it, I’ve got one game left. When I signed it was my last game for Hibs as well to play against Celtic and now it’s vice versa.

“It’s a special occasion because Hibs means so much to myself, as does Celtic, so it’s going to be one of those occasions I relish and will always remember, that’s for sure.”

Did you ever think you would be a successor to Neil Lennon as Celtic captain?

“That day before I signed I was sitting in the manager’s office, I’ve went to go and sit down and Lennie (Neil Lennon) has walked in and I’m thinking this is my worst nightmare.

“I’m thinking: right, chill, me and this guy have been fighting for the last five years and we probably haven’t got a lot in common.

“So we’ve sat down, he’s like ‘come here, let’s talk’. We start talking about his love for the club, how much the fans and Celtic means to him, how much taking part in training sessions and being captain means.

“I was there thinking that he’s a great guy, where’s this going? And he was talking me up as well, he said: ‘You’re going to love it at Celtic, this club is made for you. You’re a winner, you’re a fighter, you’ll run through walls for people’.

“At that moment I’m thinking that this is a bit of me. I knew speaking to Gordon (Strachan) and speaking to Neil as well that I’d made the right decision [in coming] here.

“I walked outside at Celtic Park and they [the fans] were all chanting and happy that I’d signed and there were 60,000 people there and I was thinking: this is incredible.

“Me and Lennie hit off that time really well and have continued that bond all the way through.

“Even when he was managing the first time and he came back, what he did for my career at the start and put a bit of belief in myself and had that time to sit me down and chat to me about Celtic.

“He didn’t have to do that, he didn’t owe me anything, but he wanted to do that as a leaving Celtic captain to a young player coming into the club so it just shows you the respect he had for the club.” 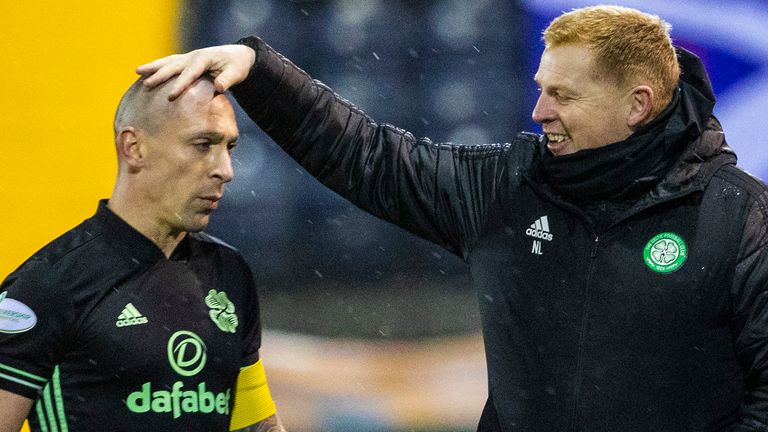 There was a lot of interest in you from clubs in England, did you ever consider leaving Celtic?

“I had an offer from Spurs, from Harry Redknapp, but it was too soon for myself. I think I wanted to come to Celtic, I wanted to enjoy it.

“I was starting to really enjoy my football at the club and they put a lot of faith into me, especially during hard times as well, and they stuck by me so it was great to give a little bit back and Neil was the manager at the time. “I had an opportunity to go to Newcastle and I was out of contract but Lennie was like: ‘I want to keep you as captain, I want to build the team around you, I think we can push on and keep this winning mentality going’.

“That was the little bit of fight inside me that I wanted to prove everybody wrong and it’s stuck by me for the last 10-11 years.

“There have been a lot of people writing me off and I want to show people that I’ve still got another few years and I’ll continue [thinking] like that until I retire.”

Scotland are playing at the Euros, is there regret that you’ve missed this renaissance of the national team?

“Looking back, I’d have loved to have still been there [in the Scotland squad]. But I’d have been 36 by the time the Euros come around.

“The lads have done fantastically to get there, they’ve done extremely well. I don’t think I would still be at Celtic if I was playing for Scotland as well, I think that would have taken a big impact on my career and my body as well and I think I moved away at the right time.

“I spoke to Gordon (Strachan) and Brendan (Rodgers) as well and how it was about being selfish now at the end of my career and look after myself and about playing as many games as I possibly can for Celtic.

“Looking at it now, of course, I would love to be going to the Euros.

“I played 10 to 11 years for Scotland and I didn’t get to the Euros or a World Cup so that’s a little bit sad that it’s not been ticked off on the CV.

“But to be perfectly honest I’ve had so many great years here and I probably wouldn’t still be here playing now if I was 35 coming on 36 and if I was still playing for Scotland now.”

You mention the 5-1 game at Ibrox, is that one of the best games you’ve played in at Celtic or is there one that stands out above that?

“Not really. That was huge. The Joey Barton one at Celtic Park as well, Joey talked a great game and I showed him a great game.

“I had an opportunity at the end of the game, he shook my hand and it was a battle. I already had it in my head that I was winning it before the game had even started because he’d been talking too much.

“He’d maybe have done that a lot down in England but he’s had a fantastic career, he went back down and played in the English Premier League.

“It shows you what a top-quality side we had at the time that we were doing that to players who’d go down to play in England, so it shows you how strong we were at the time.”

Have you considered how you will feel when you run out at Celtic Park next season in an Aberdeen strip?

“I’d have loved to walk around the park to say goodbye to them individually but it wasn’t to be.

“I’ve enjoyed every single moment of it. There’s always going to be ups and downs and that’s part and parcel of football.

“The best thing is that we keep coming back and the fans keep supporting these players when I’ve gone and I can’t thank them enough.”