Scott Brown will miss Celtic’s Europa League clash with RB Leipzig on Thursday – and also looks set to sit out the Betfred Cup semi-final against Hearts on Sunday.

The Celtic skipper hobbled off with a recurrence of a hamstring complaint during the Parkhead club’s 4-2 win over Hibs on Saturday.

Brown had missed both the defeat to Salzburg and the 6-0 win at St Johnstone before making his return against Neil Lennon’s side. 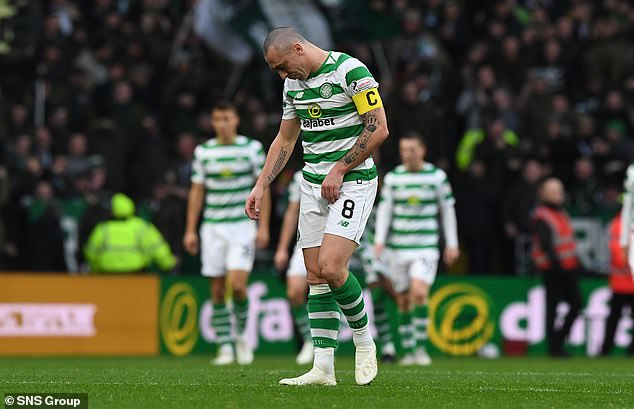 But it appears he made his comeback prematurely and now stands to miss two of Celtic’s most important games of the season – at the very least.

Sportsmail understands Brown didn’t train at Murrayfield on Tuesday as the rest of the Parkhead squad got a feel for the home of Scottish rugby ahead of Sunday’s game and that he won’t travel with the rest of the squad to Germany today.

His place is likely to be filled by Callum McGregor with Olivier Ntcham and Tom Rogic making up a three-man central midfield.

The 33-year-old, who is out of contract in the summer, has been linked with a move to a League hopefuls Western Melbourne. 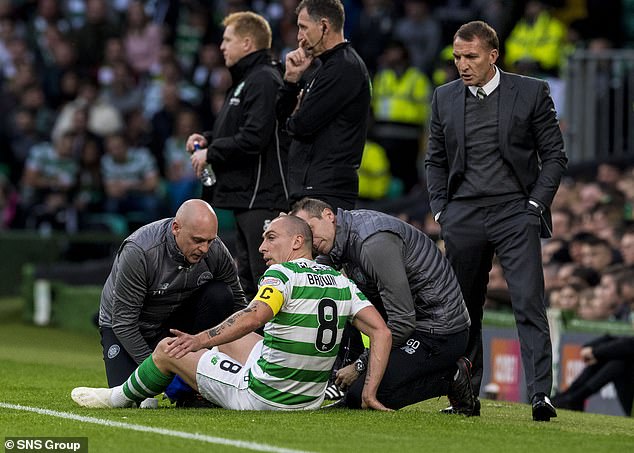 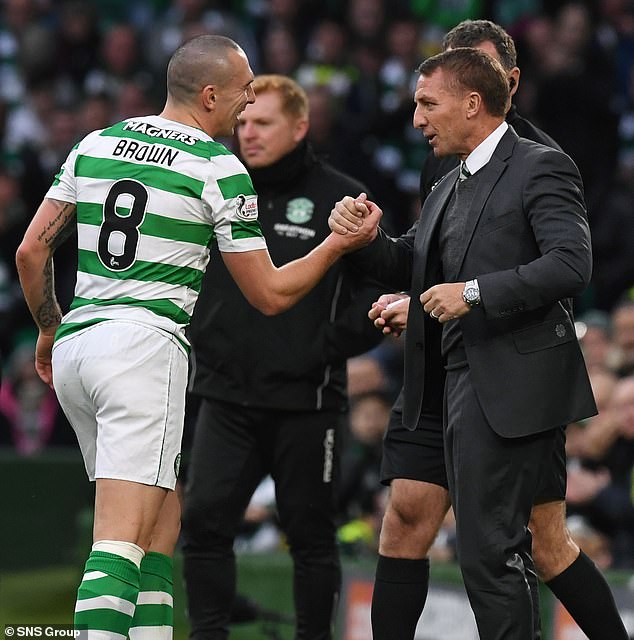 Last week, Celtic manager Brendan Rodgers said the veteran midfielder should take his time before coming to a decision on his future.

The Celtic striker withdrew from the last Scotland squad, missing the crucial Nations League clash in Israel and the friendly loss to Portugal, to work on his fitness.

A calf injury picked up in training means the forward hasn’t been seen since.

But McLeish seemed to open the door for a return ahead of next month’s key Nations League double-header against Albania and Israel, declaring: ‘I hope Leigh gets his fitness to a level where he feels he can play with Celtic and Scotland.’

McLeish was speaking as he joined a host of famous footballing faces – including Manchester United and France legend Eric Cantona – at a fundraising dinner for Street Soccer Scotland last night.

‘It’s great to have a character like him here,’ McLeish said. ‘It’s an amazing coup to bring Eric to support such a wonderful project.’