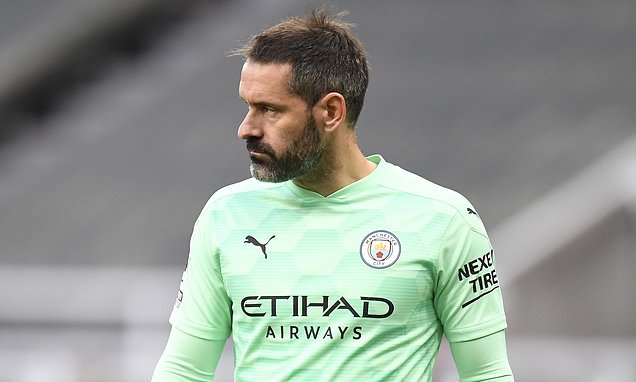 Scott Carson’s last Premier League appearance was 10 years ago. Come half-time here, it remained a decade since his last save.

By that point, the 35-year-old had conceded twice, not quite the return he would have hoped for when informed by Pep Guardiola on Thursday of his belated Manchester City debut, two years after joining on loan from Derby County.

The game was just over an hour old when he did make one fine stop, defying his age to get down low to keep out Joe Willock’s penalty. But it captured Carson’s luck on the night when the rebound landed nicely for the taker to convert. 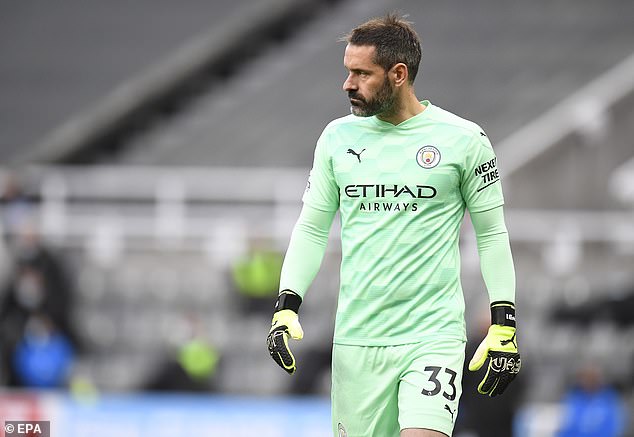 Earlier, he had enjoyed a guard of honour from Newcastle’s players, a sight which caused much mirth on social media given his absence from the top-flight.

But the former England goalkeeper looked like he’d been in cold storage for the past two seasons when, on 25 minutes, his first meaningful task was to pick the ball from the net after he was beaten by Emil Krafth’s header.

Likewise 10 minutes later when Jonjo Shelvey’s free-kick smacked the crossbar. Carson dived but he was not saving it.

So he might have been wishing he’d been kept in reserve when his half ended with the award of Newcastle’s first penalty, duly blasted home by Joelinton. 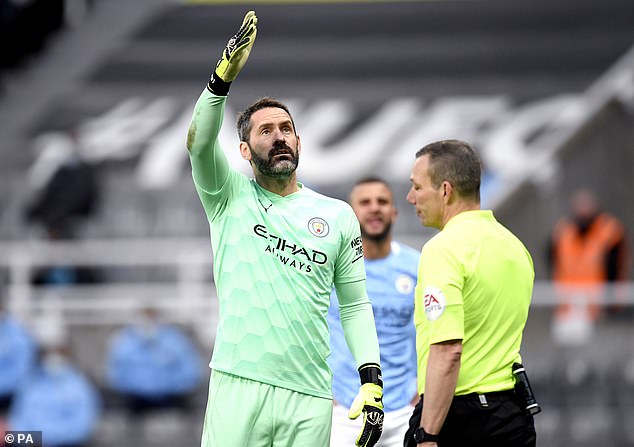 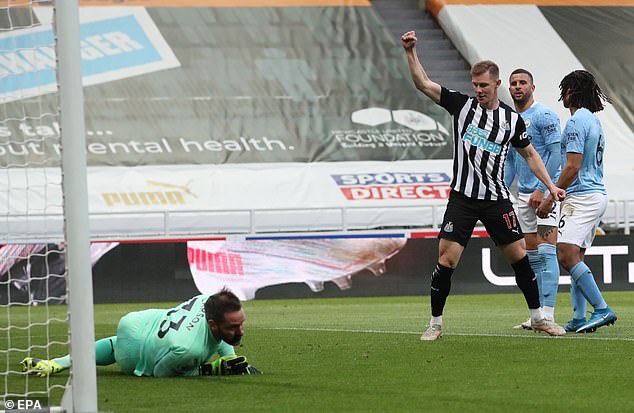 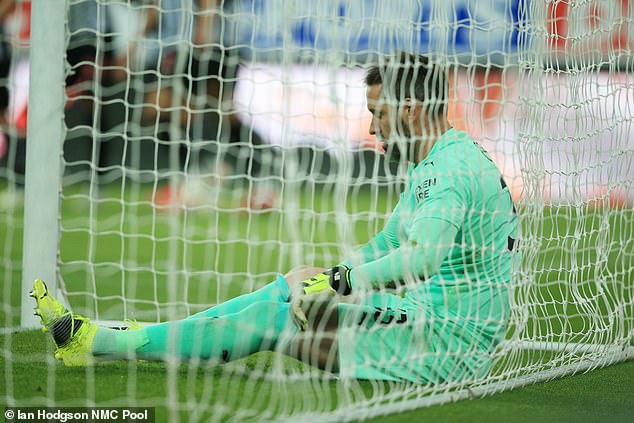 At least his team-mates had scored twice at the other end. But of the two efforts of note on Carson’s target, both had beaten him.

Ironically, it was at St James’ Park that Carson last appeared in the Premier League. That was for West Bromwich Albion during a 3-3 draw in May, 2011.

Since then he has ventured via Bursaspor in Turkey, Wigan and onto Derby, even picking up his fourth and final England cap along the way. 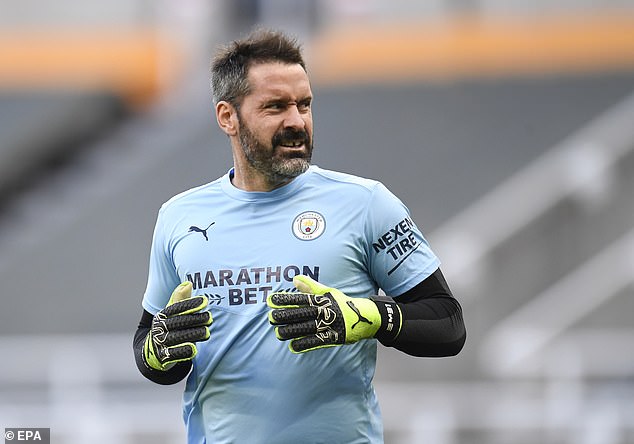 But never would he have imagined emerging again as part of the Premier League champions.

‘I thought my Premier League days were over, but I’ve never given up,’ he said before kick-off.

Thankfully for Carson, his City team-mates did not give up either and, within four minutes of Willock’s goal to make it 3-2 to Newcastle, City led 4-3.

It was worth noting that Carson was the only Champions League winner on the pitch here. Although it will be back to the shadows when City take on Chelsea in Portugal later this month.