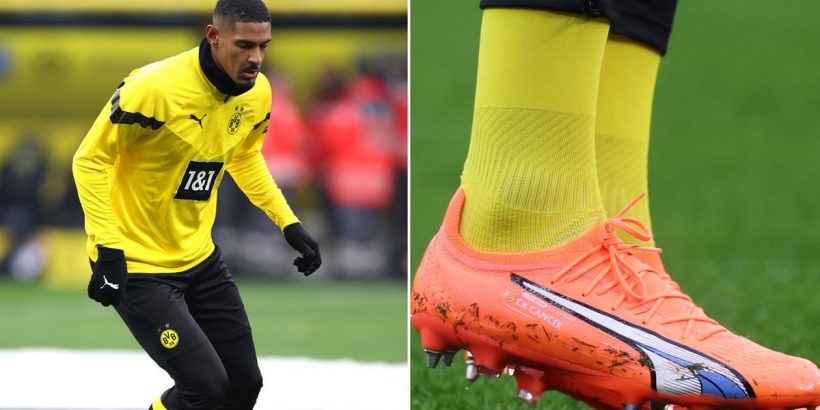 Sebastian Haller wore a pair of boots with the message "f*** cancer" written on them as he returned to competitive action for Borussia Dortmund.

The 28-year-old striker was diagnosed with testicular cancer shortly after joining the Bundesliga club last summer. After having the tumour removed at the back end of last year, he returned to training earlier this month and scored a hat-trick in a friendly match.

Haller was finally able to make his official debut for Dortmund this afternoon as the German league got back underway following their winter break. He came on in the second half of a 4-3 win against Ausburg.

And he did so in a pair of personalised Puma boots with the "f*** cancer" message emblazoned on the sides. The manufacter posted a picture of them to social media with the caption: "The best comeback of the year already."

Haller was given a heroes welcome by the home crowd as he entered the pitch at the Signal Iduna Park for the first time. He was signed from Ajax to replace Erling Haaland after netting 47 goals in 66 games for the Dutch side.

Speaking to The Athletic recently, he said: "I want to play as quickly as possible. There are no limits and restrictions on my involvement unless the medical staff tell me otherwise.

"I can do everything now that I used to to do before, that gives me great confidence. I took only 19 days off in the six months. It was hard but it's my job and I love it.

"(Retiring) was never on my mind, I had the mindset of looking forward and take very day at the time.

"It was harder for my family, they suffered a lot because they didn’t feel in control. They helped me a lot."