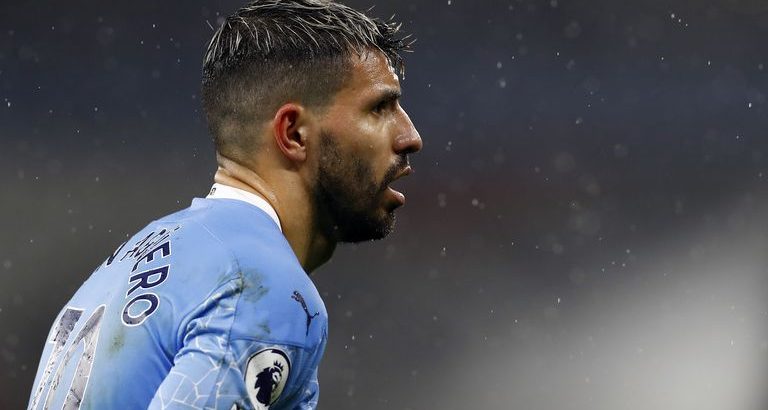 Pep Guardiola confirmed Sergio Aguero will miss Manchester City’s match with Brighton as he is still in quarantine, while the Spaniard also praised the form of Phil Foden.

Aguero missed Sunday’s FA Cup third-round victory over Birmingham after being asked to isolate as a close contact of someone who has tested positive for Covid-19.

It is yet another setback for the striker, whose return from knee surgery this season has already been complicated by further pain in the joint and a hamstring injury.

The 32-year-old, who has not started a game since October, had been expected to feature last weekend.

Asked about Aguero at a press conference, Guardiola said: “Quarantine, isolated – the rules. After nine or 10 days he will be back.”

Guardiola added that forward Raheem Sterling, who also missed the 3-0 victory over Championship Birmingham, was fit but defenders Nathan Ake and Aymeric Laporte were injured. Eric Garcia is still isolating following a positive test
for Covid-19.

With Guardiola having his options depleted in recent weeks, Phil Foden has become more of a regular starter, with the young England international scoring nine goals already this season.

And Guardiola, often criticised for his sparing use of Foden, was full of praise for what he has seen from the ‘Stockport Iniesta’ in recent weeks.

“He’s playing like he always has – high standards in all departments,” Guardiola added. “There are still margins to improve because it will be bad news if he does not improve from the age he is at now, but from day one until now I am delighted about his behaviour. The quality will do the rest.”

The visit of Brighton is the first of three home games for City in the space of a week. Victories could pull City firmly in the title picture but Guardiola is not looking beyond Wednesday’s game.

“All I am concerned about is Brighton,” he said. “The rest, not even second in my thoughts.”

City are unbeaten in their last 13 matches in all competitions and have won their last six as they build momentum, but Guardiola is wary of the threat of Brighton.

Guardiola said: “They are a joy to watch and analyse. When you see them, you are concerned about the quality.

“I said to the players we will have to be at a high standard to compete against them.”