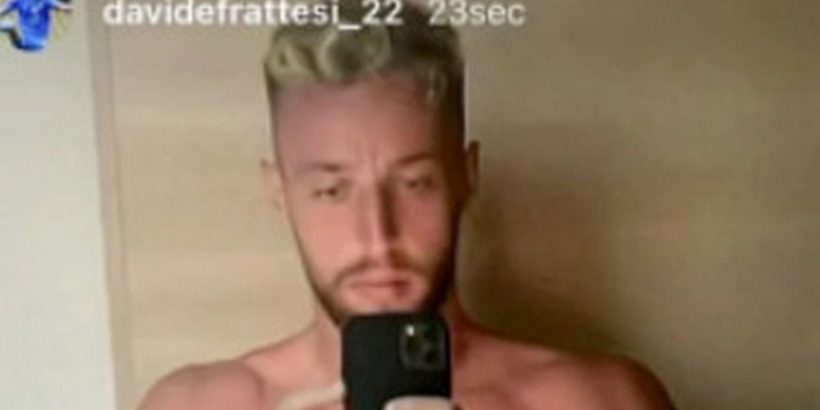 Serie A star Davide Frattesi claimed his phone had been "hacked" after a naked selfie of himself was posted on his Instagram account.

Frattesi, 22, is one of Italian football's hottest properties after a breakthrough season with Sassuolo last term. The 6ft midfielder made his Italy bow earlier this month and is the subject of a move to Jose Mourinho's Roma during the summer transfer window.

But his name hit the headlines for all the wrong reasons on Monday when a naked image of himself ended up on his Instagram story. The youngster quickly deleted the image and attempted to rectify the situation by claiming he had been hacked.

"Guys, I'm sorry, but someone hacked my phone somehow and this photo was published… sorry!" Frattesi explained to his followers. According to football-italia.net, the star's explanation was also taken down in double quick time.

Regardless, it was an embarrassing moment for a player who appears to be on the verge of a big-money move to Roma. Italian outlet Corriere dello Sport claimed earlier this week that the capital club would speak to Sassuolo again today (29 June) to try and lower the star's asking price.

Have you ever accidentally posted an embarrassing selfie online? Let us know your thoughts in the comments section below.

Sassuolo are understood to want around £25million for one of their prized assets. Frattesi made 36 Serie A appearances for the Italian minnows last season, scoring four goals and providing four assists.

His good form saw him rewarded with a first call-up to the national team at the start of June for the Finalissima against Argentina and Nations League matches against Germany, England and Hungary.

Although he failed to get on the pitch in the Finalissima, Frattesi featured for a combine 175 minutes in draws against England and Germany. He also started as Italy lost 5-2 to the Germans in their final Nations League match before the summer break.