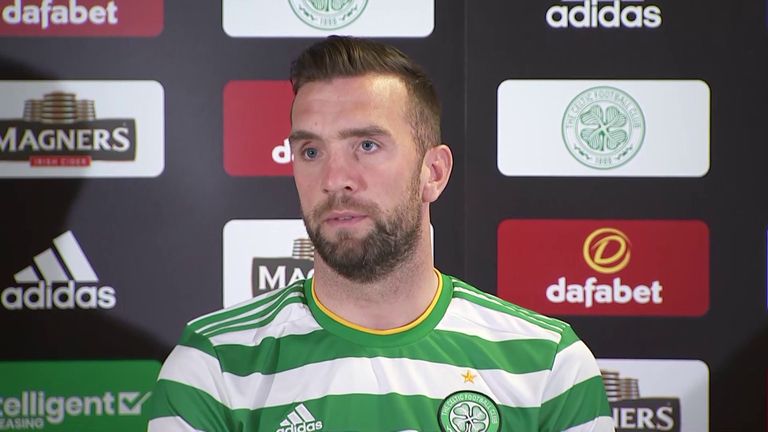 Shane Duffy admits he feared his chance to sign for boyhood heroes Celtic had slipped by.

The Brighton defender has joined the Scottish champions on a year-long loan, a move which represents something of a dream come true for a man who spent his schoolboy days in his native Derry running through the streets sporting the Hoops.

Yet the 28-year-old revealed he saw an earlier opportunity to sign for ex-Parkhead boss Brendan Rodgers fall through as he prepared to leave former club Blackburn back in 2016.

Thankfully for Duffy, fate has smiled on him and he has been handed a second shot at making the move to Parkhead by boss Neil Lennon.

Now he aims to squeeze everything out of the experience and help lead the Hoops to 10-in-a-row.

The Republic of Ireland centre-back said as he was unveiled at Celtic Park: “There was talks a couple of years ago under Brendan but nothing really came from it and I ended up going to Brighton then.

“You always fear (the chance to sign had slipped away). Listen, it’s a huge club and you can’t just decide when you’re going to play for Celtic.