Shkodran Mustafi believes Unai Emery has introduced a fine balance between freedom and discipline which has allowed Arsenal to string together a fine run of form.

The Gunners play Sporting Lisbon on Thursday night, knowing that they will progress to the knockout rounds of the Europa League if they better the result of Group E rivals Vorskla Poltava.

Emery’s side earned plenty of plaudits following Saturday’s 1-1 draw at home to Liverpool, which saw Arsenal extend their unbeaten run to 14 matches. 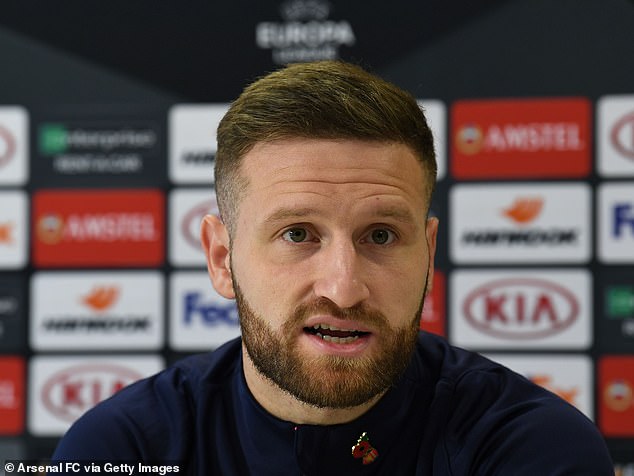 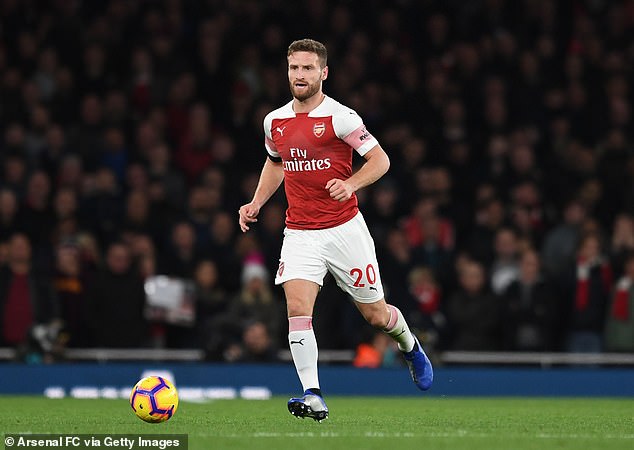 Included in that streak was a 1-0 victory at Sporting a fortnight ago, Danny Welbeck’s winner giving Arsenal control of the group.

Mustafi has yet to feature in the Europa League this season but is an ever-present in the Premier League and has been impressed with what Emery has changed.

‘For me personally, the biggest thing was that he’s someone who really knows what he wants from each player,’ the Germany international said when asked what Emery has added since replacing Arsene Wenger.

‘He tells you exactly what he wants you to do, but gives you freedom to express your talent.

‘When we don’t have the ball, he tells you where to stand and how to get it back, when we have it, he gives you options you can use. You can decide which option you choose.’

While Arsenal have been enjoying a good run, their starts to games in recent weeks have been slow – something which Emery has been keen to address. 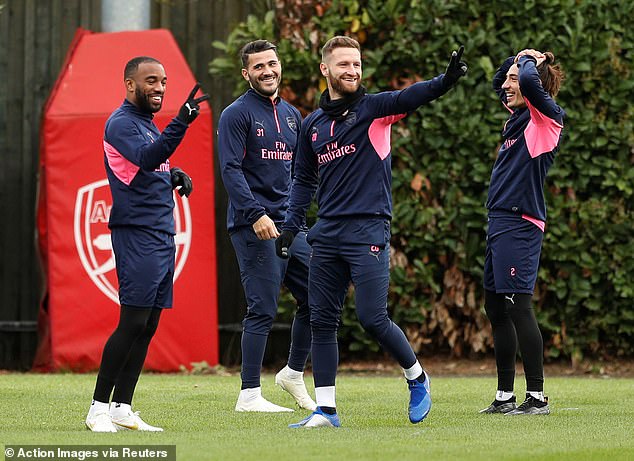 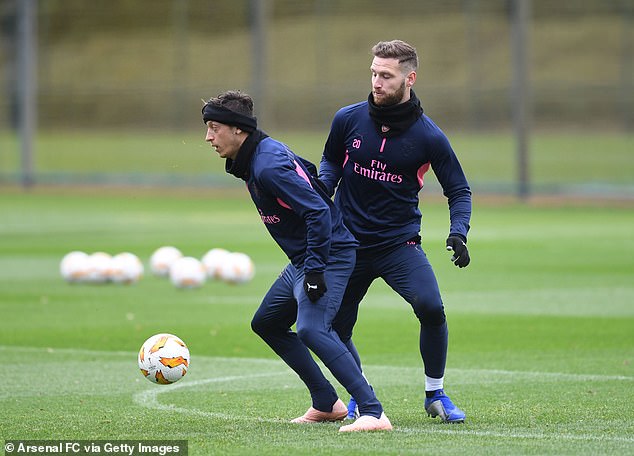 Mustafi believes that issue was dealt with in the Liverpool game, where Alexandre Lacazette’s late equaliser earned Arsenal a deserved share of the spoils.

‘For me it’s a good mix between freedom and discipline, and having the same plan in the whole team,’ he added.

‘I think that’s what we saw against Liverpool. That was the first game where I felt like we came out from the first minute and were everywhere until the 90th minute. I feel like there’s a good mix between discipline and freedom.’

Mustafi has been playing alongside Rob Holding of late with Sokratis Papastathopoulos and Laurent Koscielny both out injured.

Koscielny has been sidelined since rupturing his Achilles in the Europa League semi-final defeat to Atletico Madrid in April. 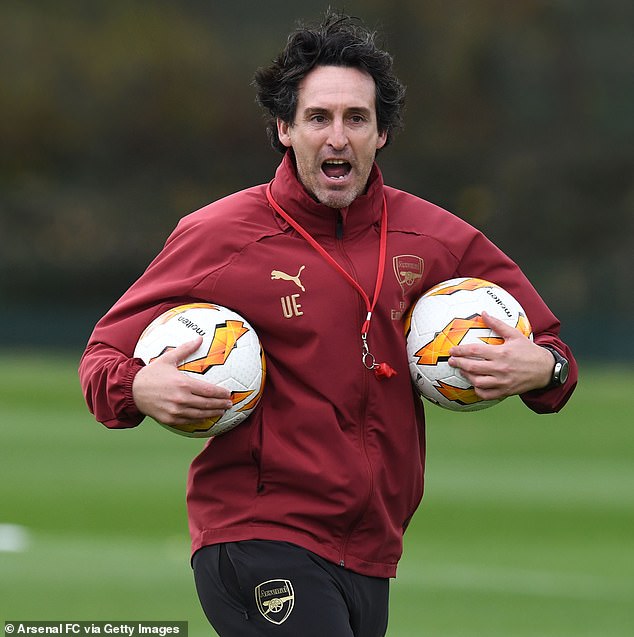 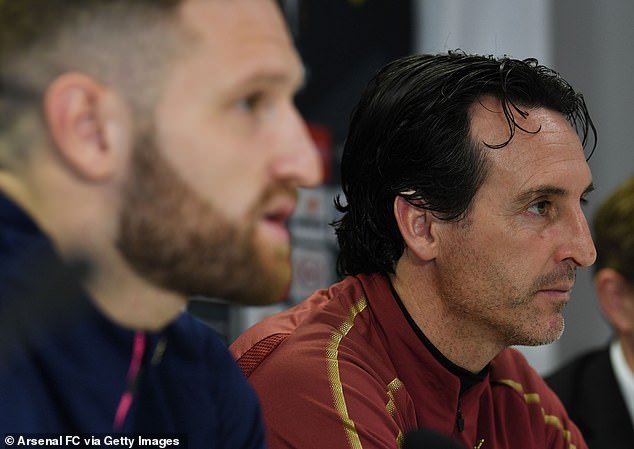 The 33-year-old is back in training and Emery will look at how to reintroduce him into the team following the upcoming international break.

‘The most important is how he’s feeling every day,’ he said of the club captain.

‘He can feel better in each training with us and for him. With calmness, he’s nearer, closer to being with us in the competitive games.

‘At the moment, we are happy with him. He is feeling well and after (some) months without every training with the team, I think the most important thing is he is every day with us and getting better every day.

‘We are going to think after the international break how we can continue working and how he can start playing games.’

Sokratis trained with the group on Wednesday morning while Nacho Monreal continued his recovery from a hamstring issue by completing a session on his own.