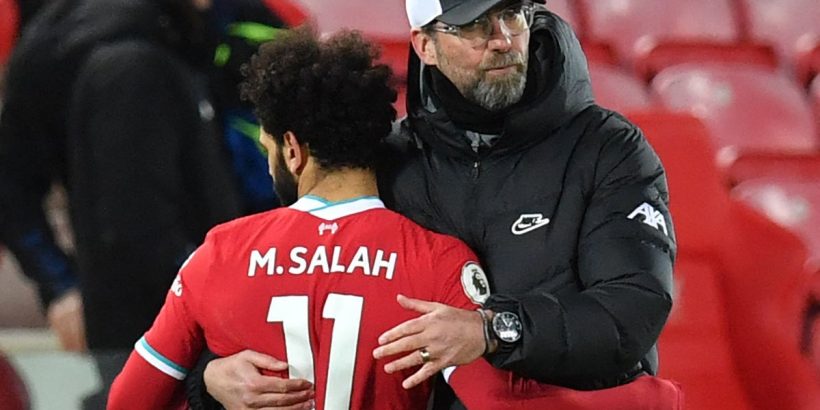 When Liverpool were initially struggling to sign Virgil van Dijk in 2017, and Chelsea actually felt they had a real chance of signing the centre-half, a few other potential options were put to Jurgen Klopp. The German dismissed them all. He saw Van Dijk’s specific qualities as central to how he wanted to play, and was unwilling to compromise. Klopp would wait.

That approach is actually a little instructive, as a still uncertain Liverpool take on Chelsea in the latest crunch match in the Premier League. Because, without Van Dijk, Klopp hasn’t really compromised at all on a system that seems entirely built for the centre-half.

There is a contrast with Chelsea’s current manager that could enrich this game. Much will be made of Klopp and Thomas Tuchel’s shared history in the build-up, but what is as interesting – and may be more decisive – are their considerable differences. Tuchel took over Borussia Dortmund from Klopp in 2015, and introduced the team to a totally new ideology, based on Spanish-Dutch ‘positional play’.

That can actually mean compromises all the time. In fact, you could even say Tuchel’s entire approach is fired by variation. There is a foundational base of course, which is controlled build-up play from the back. From there, though, there are a multitude of variations. It usually feels like the German could play any possible formation on that base. It is telling that he is confident playing any number of starting XIs. Part of that is admittedly down to the array of exceptional talent available to him, where he has so many options, but it is relevant that the system isn’t in any way anchored to the abilities of any one player. They can all come in or out. The substitution of the previously ever-present Callum Hudson-Odoi is testament to that.

Van Dijk is meanwhile so good that he naturally influences your system whether it’s intended or not, but it doesn’t feel like Tuchel’s approach would be so based on him. You only have to look at how he has persisted without Thiago Silva. The Brazilian is probably past his best, and that best was nowhere near Van Dijk’s peak, but he is still a figure of equivalent status in the Chelsea squad. That of course isn’t to say it’s “better”. It’s just a decision Klopp has made – and a calculation that has more than paid off – in making this Liverpool one of the best sides in recent history.

Even still, so much of this season – and so much of their play – comes back to Van Dijk’s injury. Or, rather, it comes back to Klopp’s refusal to compromise on it. One of the reasons that Van Dijk has been so important is because his sheer presence basically pins the entire defensive side of the team together, allowing the two full-backs and two “number eights” to form a pressing line high up the pitch, unleashing the chaos that those three forwards thrive in. It is generally a team in perfect sync, all the different parts dependent on each other.

Even without the centre-half, though, this has still been the broad approach. The shape and dynamics remain the same. That can even be seen in the pressing stats. Over the last three seasons, Liverpool’s average for winning possession in the final third have been 5.33 per game, with that reaching a peak of 6.6 last term. This season, it’s 5.4. They’ve still been trying to play at largely the same speed, in largely the same areas. The effects have been there for all to see, not least in the table. In trying to maintain that system, like putting Jordan Henderson at centre-half, Klopp has undermined individual areas. As such, they’ve not just lost Van Dijk. The base of the midfield has been broken down, and the rhythm of the side has been greatly affected.

In persisting with the same principles, Klopp has encountered new problems. This isn’t to say that Klopp is intransigent, or fundamentally wedded to any ideal. It should be stressed that this Liverpool system represents an evolution and adaption from his Dortmund team. It is more based on possession, for one. There’s also the very relevant argument that it’s almost impossible to road-test or drill any new ideas in a schedule as relentless as this. Pep Guardiola started in pre-season, and took the considerable risk of playing through poor results early on. It is possible that Liverpool’s form could have been even worse if Klopp compromised more.

The German has attempted smaller-scale changes, too. Thiago Alcantara remains one, and there has been frustration that they haven’t been able to play him – and show the change he can really make – with the “true” Liverpool team. The insistence on the wider approach despite the loss of a key player, however, is not new. Sources from Dortmund say it was the same there. After Robert Lewandowski left for Bayern Munich, it was as if Klopp kept just trying to directly replace him – usually with players that couldn’t possibly be up to his level – rather than alter the approach. They tried to play the same way, but it just didn’t have the same effect.

This wasn’t the only reason for Dortmund’s drop-off that season, but it was a distinctive issue, and makes it seem all the more familiar this season.

That doesn’t mean Chelsea will face the same sort of Liverpool this Thursday. Klopp ensures they have a capacity to lift it in any given game. Tuchel, however, is more easily able to change it up. He doesn’t even have a set formation.

That difference may well decide this game, and hopefully gives us a big-six encounter that at last lives up to the billing.