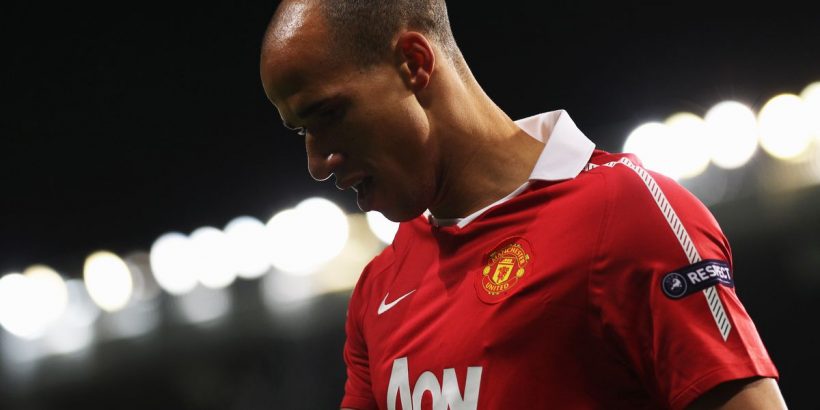 The 36-year-old joined Real Madrid in an £80million move, paving the way for a new arrival at Old Trafford.

That man turned out to be Gabriel Obertan, who was signed from Bordeaux for £3m fee.

Although Obertan's price was relatively low, it was hoped that the Frenchman could make an instant impact at the club.

"Gabriel is a player we have tracked for a few years now," Ferguson said.

"But because of his educational programme our efforts to get him have been delayed. We are delighted to get him now as he is an exciting prospect."

Discussing his move to England, Obertan admitted to being surprised by Ferguson's interest and recognised he had 'a lot of work to do' to reach Ronaldo's level.

"I knew they had been following me for a few years but I did not think it was going to happen this season," he said.

"Ferguson has put me at ease. He said to me that he knows my pros and cons. It's my potential that interests him. He has confidence in me. It is flattering and surprising.

“But I know I still have a lot of work to do to get to Ronaldo's level."

It was a difficult start to life in Manchester for the 32-year-old, who missed out on the club's pre-season tour due to injury.

He would have to wait until October 31 to make his Premier League debut, appearing as a late substitute against Blackburn Rovers.

Obertan ended the season with only 13 appearances to his name, experiencing an underwhelming first campaign at Old Trafford.

"I was quite pleased with my first season in the end," he reflected. "The difficult thing for me was that I arrived at the club with an injury. I had the back problem so was out really for five months.

"I have shown a little bit in games but I don't think it is anywhere near enough. I aim to prove myself now this campaign."

The following season brought more frustration as injuries began to take their toll once again.

Just as he had done the previous year, Obertan suffered a setback around the time of pre-season- keeping him out of action until late September.

But his big moment in a United shirt would eventually arrive, scoring his first goal for the club in a Champions League group stage match against Turkish opponents Bursaspor.

Obertan was rewarded for his efforts in the form of league starts against Wolves and Blackburn, but it soon became clear he was not part of Ferguson's long-term plans.

United would miss out on the Premier League title by a single point that season, an exciting race with Chelsea that the Frenchman barely played a part in.

Ferguson began leaving Obertan out of matchday squads at the turn of the year, in what proved to be his final season at the club.

He signed for Newcastle United at the end of the 2010/11 campaign, expressing his desire for a 'fresh start'.

"It wasn't really a difficult decision to come here," he insisted.

"I spent two good years in Manchester but it was a bit difficult with the competition and I really needed a club where I could play more games. I want a fresh start in football."

He remained at St James' Park until 2016 and has since represented Anzhi Makhachkala, Wigan Athletic and Levski Sofia.

READ MORE: Alan Shearer picks his England XI for Euro 2020 – and Ian Wright disagrees with one