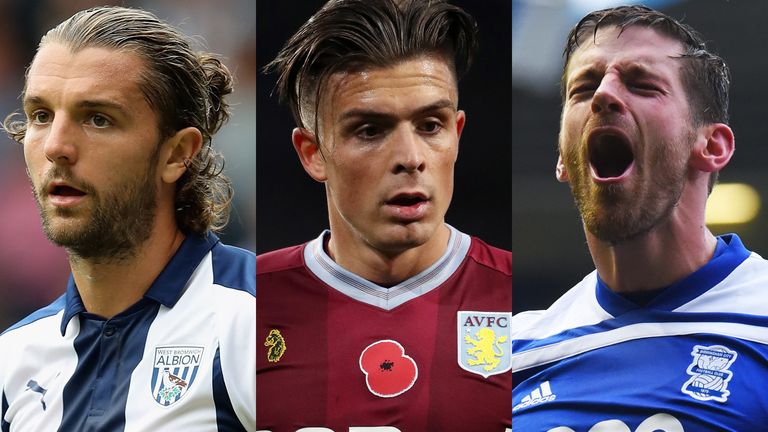 We cast our eye over five things to look out for in the Sky Bet Championship, League One and League Two this weekend.

Where have West Brom’s goals gone?

It was all going swimmingly for West Brom a month ago. Darren Moore and Dwight Gayle had won the Sky Bet Championship Manager and Player of the Month awards, they had hit the top of the league and an instant return to the Premier League looked a real possibility.

Since then the results and, just as worryingly, the goals, have dried up. It shows how many they had already scored beforehand that, even having netted just twice in their last four games, they are still comfortably the top scorers in the division.

A Jay Rodriguez consolation against Derby and a Craig Dawson effort are their only efforts in that time. Gayle missing their last two games hasn’t helped but even the likes of Harvey Barnes and Matt Phillips have stopped chipping in.

And the goals stopping going in at one end have only highlighted their issues at the other. West Brom have netted 33 but conceded 24, more than any other side in the top 16.

Darren Moore will be desperate to end the slump that has seen them fall out of the top six, but face arguably the tightest defence in the Championship against Leeds on Saturday, live on Sky Sports Football. a Tough challenge at both ends of the pitch awaits.

Jutkiewicz in the form of his life

If you needed any more proof that Lukas Jutkiewicz is in the form of his life, then feel free to glance over at the Sky Sports Championship Power Rankings, which the Birmingham striker topped on Monday for the fifth matchday running.

The Blues may have succumbed to defeat against Derby, but Jutkiewicz did his utmost to prevent that as he bagged his eighth goal in seven games and his ninth of the season so far. 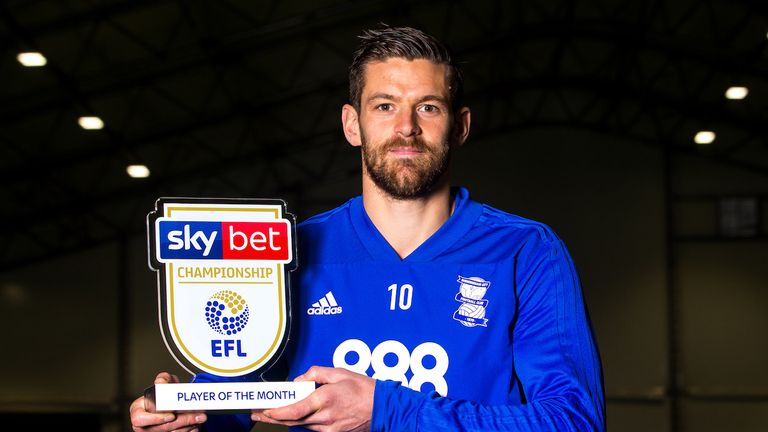 To put that run into context, Jutkiewicz had scored just once in his opening nine matches this season, and he has already scored three more than the six he managed in 38 appearances in 2017/18.

Jutkiewicz has only hit double figures for a season twice in his career in England, and his previous-best tally in the Championship was 11 in 2016/17.

With the form he’s currently in, you wouldn’t bet against him getting enough to make it to 12 at home to Hull on Saturday.

Grealish must rise above the foulers

Jack Grealish was fouled just twice during Aston Villa’s victory over Bolton, which probably explains why it was also his most influential performance of the season so far.

The midfielder hasn’t yet risen to the heights he showed during their run to the play-off final, but that could be put down to the fact he has become a marked man in the Championship. 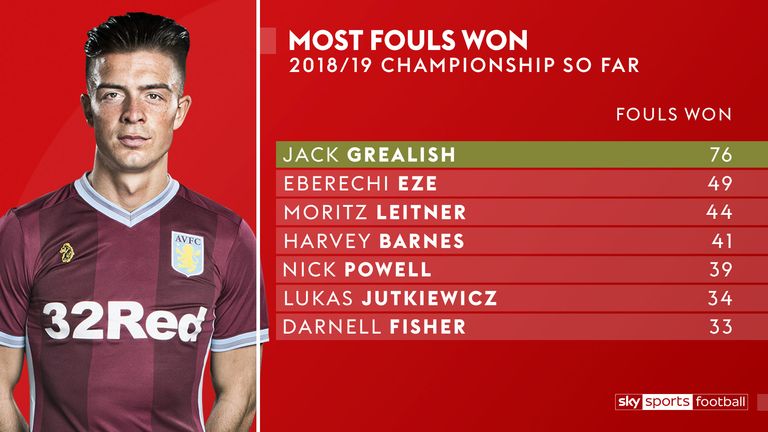 Grealish has been fouled 76 times this season, a full 27 more than the next man in the division, which shows how much he is targeted by opposition teams.

On two occasions Grealish has been fouled eight times in a game, against Bristol City and Norwich, while only Swansea have fouled him just once. Although the Swans (with 135) have conceded significantly fewer than any other side in the division.

Derby, who host Villa at Pride Park on Saturday, are one of the friendlier teams in the division, having conceded just the 16th-most fouls of any side so far. But if he is targeted again then Grealish must keep his head, because another booking will see him suspended for the derby with Birmingham after the international break.

Consistency the problem for Reading

It’s largely been a case of one step forward and two steps back for Reading under Paul Clement, as they tend to follow up one decent result with a couple of damaging defeats.

Dave Edwards has been watching on from the sidelines this season as he has recovered from injury, but the midfielder knows their consistency must improve if they are to drag themselves away from the bottom three. Reading haven’t won back-to-back league games in this calendar year.

“It’s been a tough and frustrating 2018 really,” Edwards told EFL Matters on Thursday. “We have found it really hard to get results and every time we have got one we haven’t been able to follow it up. I think that has been our downfall because in the Championship it’s all about momentum and if you can get on a run then all of a sudden you can shoot up the table.

“We know we are capable of being in that top half and we need to show the fans and the whole club that we can get the results on a Saturday to lift the positivity around the place.”

Reading beat Bristol City last week and have a massive opportunity to make it two in a row as they host Ipswich on Saturday at the Madejski.

If you had followed this Championship seasons intently until, say, six weeks ago, you would probably have to rub your eyes in shock if you glanced at the table again now and saw QPR above Brentford.

QPR were, until not too long ago, being touted as relegation contenders, while Brentford seemed a real bet for promotion. Now Steve McClaren, off the back of his Manager of the Month win for October, sees his side two points above the Bees, and with the opportunity at Loftus Road to extend that gap to five. 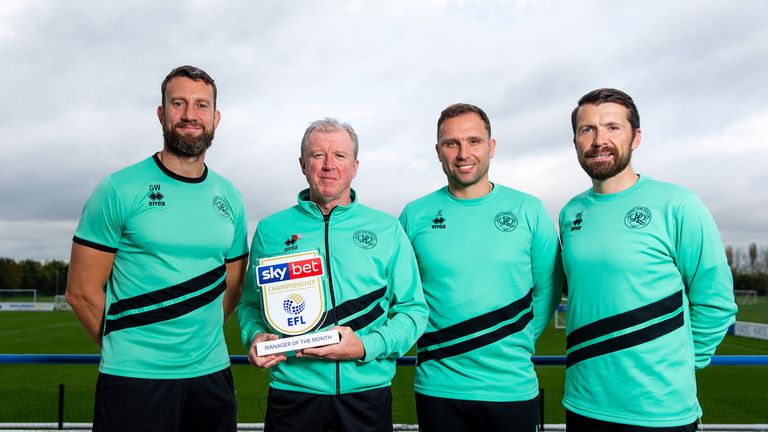 Much of the widespread credit for their improvement has gone to the attacking arrivals of Tomer Hemed and Nahki Wells, but it’s defence that has been key for the Hoops.

Having shipped 13 goals in their first four games, including seven against West Brom, QPR have kept seven clean sheets in their 12 games since, and they have only conceded more than once against Swansea back in September.

Brentford have still outscored most of the sides in the division despite their recent dip in form, and only West Brom and Sheffield United have a higher Expected Goals (xG) rate this season than them. But QPR are, as much as anyone, up to the task of keeping them out.