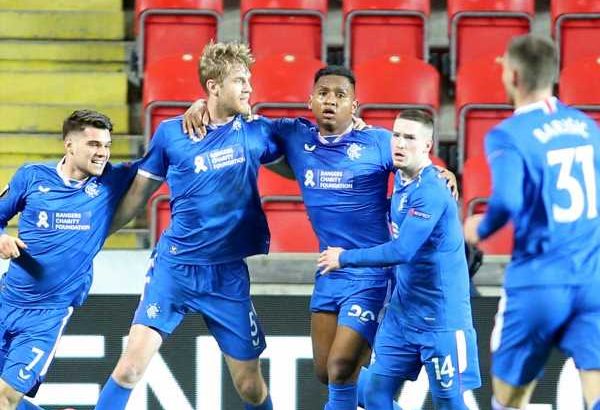 Steven Gerrard hopes he can persuade Allan McGregor to sign on for another year after hailing the “world-class” stop that kept Rangers on track for the Europa League quarter-finals.

The newly-crowned Scottish champions looked to be suffering from a hangover following their boozy title celebrations over the weekend as they fell behind to an early Slavia Prague strike in the Czech capital.

But Filip Helander’s tap-in handed ‘Gers a precious away goal before veteran stopper McGregor pulled off his latest wonder save to keep out a Lukas Masopust header in the final minute.

The 1-1 draw means ‘Gers can continue to dream of the last eight ahead of next week’s second leg in Glasgow. But Gerrard is also hoping McGregor will be around next season to help lead Rangers’ Champions League bid.

The 39-year-old is out of contract in the summer, but with the title race now at an end, ‘Gers are set to step up their attempts to tie him down for another season.

“At the same time, I’ve told you guys I will respect him. He knows what’s on the table. He’s in discussions with the club and, from where I’m sitting, I just hope we get it over the line and sign him up for another year because he is more than capable.

“I know that on a daily basis by working with him and watching him closely. The decision is going to be down to Allan, not us. Because we certainly want him.

“I thought there were a few big, pivotal moments in the game and opportunities for both sides to get the winner.

“Allan has come big for us again and it is a top, top save to get it back and drag it back into his grasp. It was another world-class save.”

The Light Blues looked a little green around the gills after their wild weekend and suffered an early sickener as Nicolae Stanciu fired home with a sensational opener to the delight of 300 Czech front-line workers handed entry to the Eden Arena.

But gradually the colour returned to ‘Gers’ cheeks and they levelled nine minutes before the break when Ianis Hagi refused to give up on a lost cause from a Borna Barisic free-kick, hooking a loose ball back off the by-line for Helander to tap home from a yard out.

Rangers grew in confidence after the break and had a few chances to claim a win.

But they had McGregor to thank for saving the draw against a Slavia outfit who – like Rangers – are unbeaten in their domestic league this term.

Gerrard added: “I think it was a fair result and I think we have given everything tonight from a physical point of view after the week that we have had. 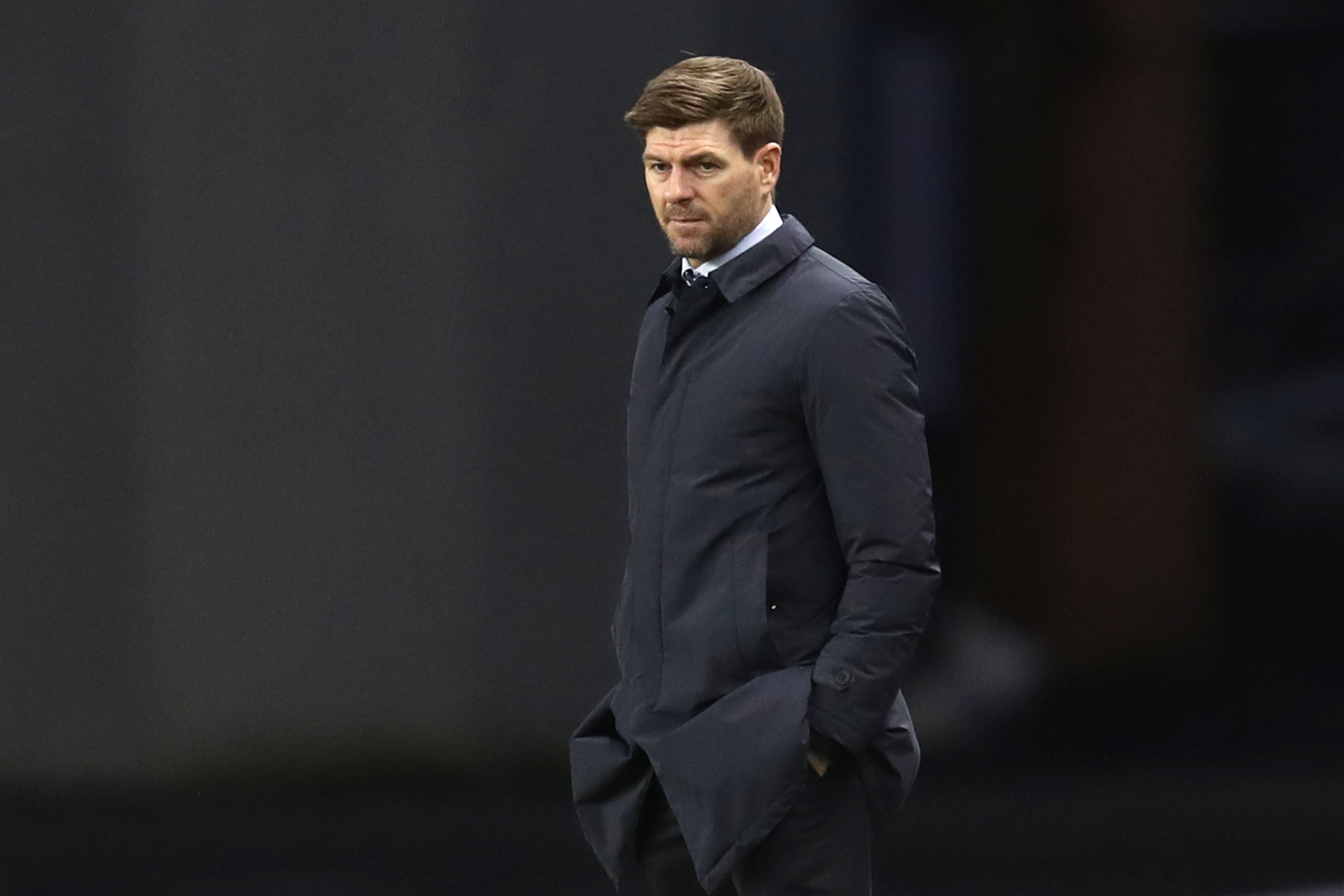 “This was probably the toughest opposition that we could have faced because they play at a real high intensity and they are a powerful team that came out of the blocks extremely quickly.

“It was a decent delivery and it is about who reacts the quickest. Ianis has gambled. You expect one of your attacking players to go and score but it was big, super Fil, the prolific centre-half from Sweden.

“Listen, at this stage it is very difficult to get results. You only have to look at Scottish history to be aware of that.

“We were coming up against a team with a fantastic home record, domestically unbeaten. So we knew the challenge was very big against a powerful team who like to play at a high intensity.

“We needed to be ready for that, but after the week we had it was quite tough. Credit to the players, they rolled their sleeves up and dug in.”