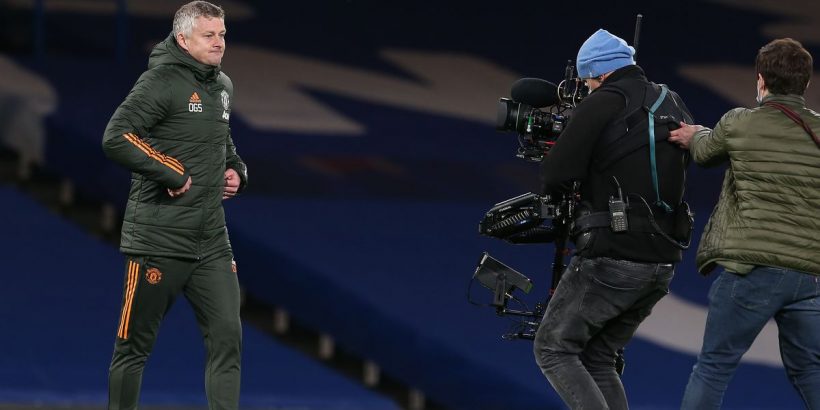 Manchester United manager Ole Gunnar Solskjaer was left fuming by an article Chelsea published on their website in the lead up to Sunday’s goalless draw.

The Red Devils were controversially denied a first-half penalty when Callum Hudson-Odoi appeared to handle the ball, despite referee Stuart Attwell being sent to the pitchside screen by VAR Chris Kavanagh.

In a drab game of few chances, a penalty would have given Solskjaer’s men a crucial lead early on in the match, if converted.

Perhaps surprisingly though, it was not Attwell’s decision that provoked the United boss’ anger the most after the game.

Instead, an article published by Chelsea in the run-up to the game concerning captain Harry Maguire was what left Solskjaer fuming post-match.

“I don't want to cause controversy. It's not right is it. It's all these outside influences,” he said in his post-match interview on Sky Sports.

“That's influencing referees. You can go back and look at the website. You can read what they're saying about Harry Maguire. Putting pressure on referees to give penalties against us.”

The article that has drawn Solskjaer’s anger appears to have been the Blues pre-match briefing for the game, published on Friday. In it, the writer talks about the encounters Maguire has had with referees in recent clashes between United and Chelsea.

“The Man United skipper’s actions will also be under scrutiny again on Sunday after his penalty area tangle with Jamal Lascelles last weekend,” it says.

“In recent Chelsea meetings the Red Devils’ centre-back has survived VAR reviews of a potential penalty foul on Cesar Azpilicueta and violent challenge on Michy Batshuayi that may well have affected the outcome.”