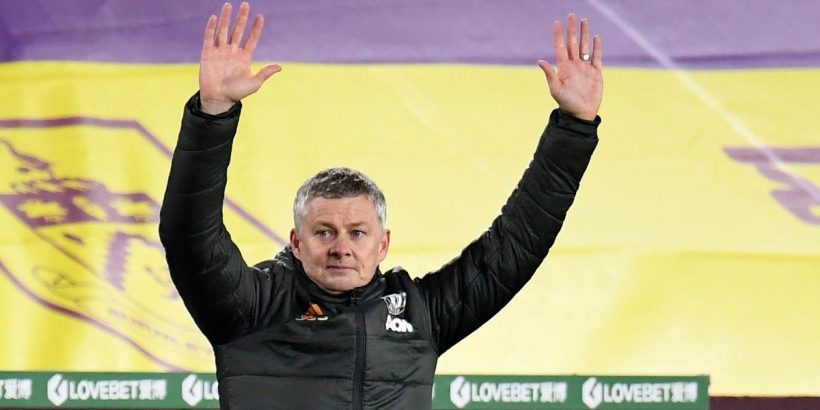 Ole Gunnar Solskjaer insists Manchester United will do their best to adhere to celebration guidelines – but concedes it is not easy.

As coronavirus cases soar up and down the country football's authorities have tried to step in and do their bit.

Premier League chief Richard Masters wrote to clubs reminding them that "handshakes, high fives and hugs must be avoided" following "concerning scenes" at the weekend.

Solskjaer wants his United side to follow the guidelines but accepts that the outburst of emotion when scoring does make it difficult. "It's an emotional game, football, but we have to understand the players when they celebrate, " he said.

"But we also understand the concern nowadays for a bit of less emotion and less hugging.

"But it's difficult, I have to say. Football brings out the best and the worst in you. When you score you want to celebrate with your teammates.

"We'll do our best to keep with the guidelines because we all want football to carry on safely.

"Mentally, for people it's a relief but we understand the situation the country is in." Solskjaer saw his United usurp Liverpool at the summit following their win at Turf Moor.

They travel to Anfield on Sunday in what is always a titanic clash and the Norwegian is already relishing the chance to take on the defending champions.

"We're looking forward to it," he added. "We enjoy being where we are at any time, if it's the first game or last game, it's a big difference.

"But, at the moment, we are where we are and we go there knowing that we're playing against the best team by a mile in the country for the last year-and-a-half. They're champions by right."