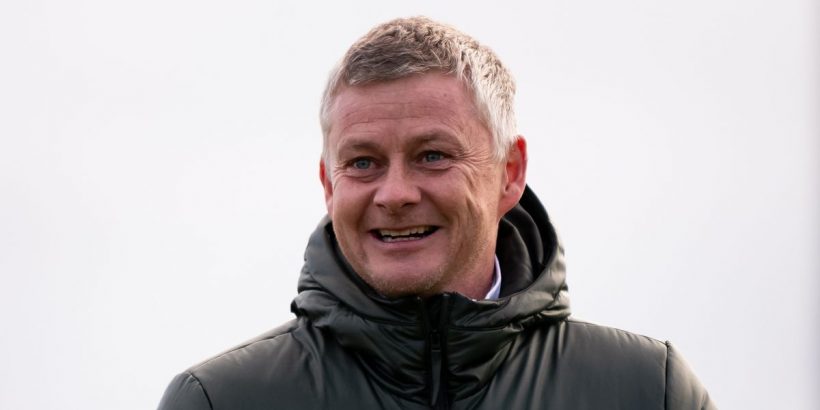 Manchester United are looking down on Liverpool ahead of a huge title showdown this weekend – which few would have predicted just a couple of months ago.

Ole Gunnar Solskjaer's side head to Anfield on Sunday at the top of the Premier League, three points ahead of the team that rampaged to the title so mercilessly last term.

It has been a remarkable transformation from just a couple of months ago, when speculation was rampant that Solskjaer could be sacked if he didn't pull off a result against Everton.

But pull off a result he did, with United winning at Goodison Park – and they are unbeaten in the top flight ever since, having won eight and drawn two of their last 10 games.

And just as the pressure was piled on Solskjaer after a humiliating defeat to Istanbul Basaksehir, so the credit must go to the manager now that his team are top in January for the first time since Sir Alex Ferguson's last, triumphant season.

Back in July, Solskjaer spoke about what he wanted from the United dressing room.

"I don't want any blame culture here," he told The High Performance podcast. "I think they all deep down now it depends on them."

The manager then showed he had learned from his former mentor Ferguson, who was famed for getting rid of players when he perceived they were no longer a positive influence on the team.

Asked how he could eradicate the "blame culture", Solskjaer said: "Quietly – because they just gradually end up not playing and being out of the club.

"I'm not a ranter or a raver and saying 'If you don't f-ing change that… I quietly tick off behind my ear and say, okay, let's have a look next game, if he makes the same mistake again or if he blames other people again… and in the end you just gradually wean them off."

Romelu Lukaku and Alexis Sanchez were jettisoned under Solskjaer's watch.

And Paul Pogba could easily have joined them, with talk over the midfielder's future having been a constant distraction since before the current manager took charge.

But Solskjaer's recent handling of the World Cup winner has been a fine example of the manager reaping the rewards from trusting his players. After super agent Mino Raiola said his client was unhappy and wanted to leave, Solskjaer responded by putting Pogba in his team.

And the 27-year-old has stepped up, with his match-winning display against Burnley to put United on top of the pile just the latest in a string of positive performances.

Pogba is not the only one benefiting from Solskjaer's approach, however. Witness Luke Shaw returning to form in response to the arrival of Alex Telles.

Marcus Rashford is another who has thrived, and United are playing like a team again, with a collective will to win powering them to result after result.

Solskjaer and his players have had plenty of doubters over the past couple of seasons – but they are starting to prove them wrong.

Red Devils legend Gary Neville's admission after the Burnley game perfectly summed up how United are currently confounding their critics.

“I never would’ve imagined it and you’ve got to give credit to the players," Neville said.

"I’ve been critical along with a lot of other people in the last year or two, three or four years, because the displays have been well below the standard that the club expect.

“But they’re doing really good things at this moment in time."

Neville will hope his former club continue to do "good things" at Anfield on Sunday. The title race is well and truly on.