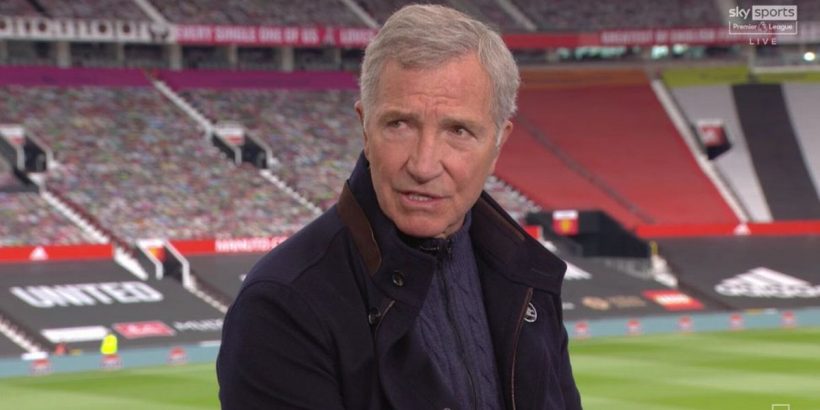 Liverpool players need to take a hard look at themselves and admit they've not played at the level expected, says former manager and Sky Sports pundit Graeme Souness.

The former Premier League champions have not only be dethroned by Manchester City but they are now fighting to snatch a Champions League place with three games remaining.

Thursday's 4-2 win at Manchester United gave Liverpool hope and they are now four points behind Chelsea with a game in hand as they travel to relegated West Brom and Burnley before hosting Crystal Palace.

Souness says three wins should see them back in Europe but adds that "several" players need to have honest reflections about themselves.

"I thought Liverpool the other night (against Manchester United), there was glimpses of them being back to their best," Souness said on Sky Sports.

"The intensity was back in their game and I thought they were fabulous.

"Old Trafford was never a happy hunting ground for Liverpool, even in the day’s they were dominant. I’m fancying them now (to make top four) with a bit of consistency."

Souness was quick to add whether they deserve the prize of a Champions League spot after such a sluggish season.

"There’s several people at the club who have to look at themselves at the end of the season and say, ‘did I have a good season?’

"I think a few could say yes but the majority would have to hold their hands up and say no."

One of those players would likely be Sadio Mane, the Senegalese striker who came off the bench at Old Trafford but visibly unleashed his frustration at manager Jurgen Klopp after the final whistle.

There has also been criticism of the likes of Thiago, who has not made his mark since joining from Bayern Munich.

Regardless of individual performances, Souness says this season must be quickly forgotten.

"Win the next three games. Park this season," he said. "Champions League next season and get back on the horse."