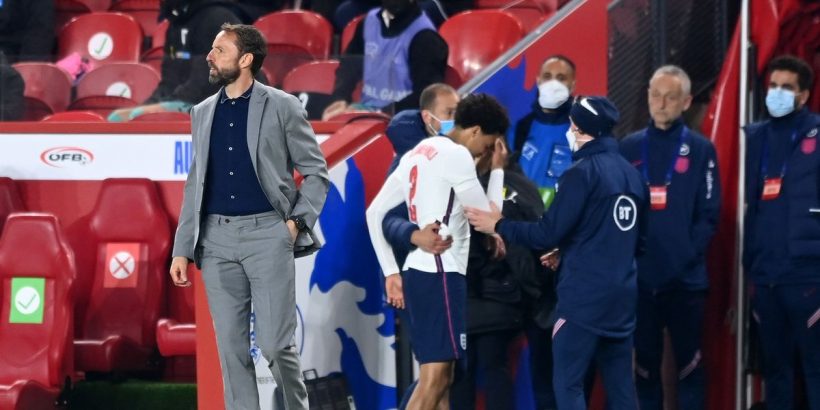 Gareth Southgate has been told the perfect player to replace Trent Alexander-Arnold in England’s squad for this summer’s European Championships.

The England boss had named a provisional 33-man squad before cutting that down to a final list of 26 players last Tuesday.

But a major spanner was thrown in the works during the warm-up defeat of Austria when Alexander-Arnold was forced off injured.

After a scan, it was revealed that the Liverpool star had suffered a quad tear, sidelining him for six weeks and ruling him out of this summer’s tournament.

England manager Southgate will not name a replacement until after Sunday’s final warm-up game against Romania.

But he has been told by former Tottenham midfielder Jamie O’Hara that the man who should be called up as a replacement is Southampton star James Ward-Prowse.

The 26-year-old was an ever-present this season for the Saints, scoring eight goals and notching seven assists in the top-flight.

And O’Hara believes that his astonishing delivery from set-pieces should earn him a place as Alexander-Arnold’s replacement.

“Ward-Prowse has to go now because he’s a set-piece specialist,” O’Hara told talkSPORT.

“When you’ve got players like Jack Grealish, look these games will go to extra-time if we through the group stages, there might be one moment where legs are tired, it’s 0-0.

“We win games by set-pieces. He is one of the best set-piece takers in the world.”

O’Hara also believes that the lack of midfielders in England’s squad, with Jordan Henderson still uncertain to play, also counts in Ward-Prowse’s favour.

“I can’t believe we’re not taking him. Because when there’s 20 minutes left or it’s in extra-time and you think there’s nothing happening, we’re not opening them up, what do you do?” he said.

“Jack Grealish wins a foul around the box, Ward-Prowse comes on for 20 minutes, he bends one in the top corner and we win 1-0.

“And we’re light in midfield and Ward-Prowse is a decent midfielder.”