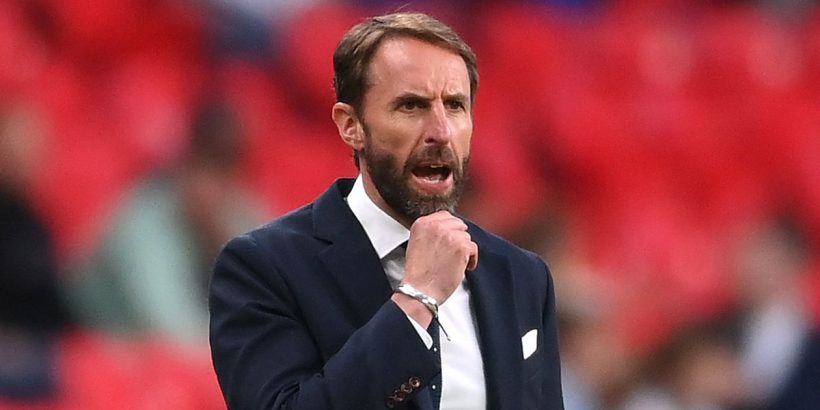 Gareth Southgate is a man known for his sartorial elegance – but the England boss has a new claim to fame after the British public voted him among the most handsome managers at Euro 2020.

A survey conducted by BonusFinder.com revealed that Southgate is the third most handsome manager at the tournament, with the Three Lions chief receiving a healthy 14% of the overall vote.

That puts him well clear of round-of-16 foe Joachim Low, who trailed home in ninth with just 2.9% of the vote.

Southgate will be hoping for a similar trouncing when the pair meet at Wembley next Tuesday.

The 50-year-old’s snappy dress sense and infectious smile has seemingly won him plenty of fans, but he has a long way to go to catch Italy boss Roberto Mancini in the heartthrob World Cup.

Mancini may be 56, but the chiselled ex-Manchester City manager is the definition of growing old gracefully.

Having impressed fans with his matching grey hair and suit, the Italy chief received 23% of the vote, making him comfortably the most handsome manager at the European Championships.

Who do you think is the best looking manager at Euro 2020? Let us know in the comments section.

Spain boss Luis Enrique, 51, is the only other manager to finish above Southgate, with the former Barcelona boss achieving a 14% share.

At the other end of the scale, there’s more bad news for Scotland after their Euro 2020 exit, with just 1% of 2,000 people who were polled ranking Steve Clarke, 57, as the tournament’s best-looking boss.

Spokesman Fintan Costello said: “Gareth Southgate may not be sporting the waistcoat just yet but he is still looking pretty dapper compared to the other coaches.

“There is a mix of styles out there with Joachim Löw looking as casual as ever along with Spain’s Luis Enrique.

“Poor Steve Clarke hardly seems to register but the same can be said of most of the other managers.”