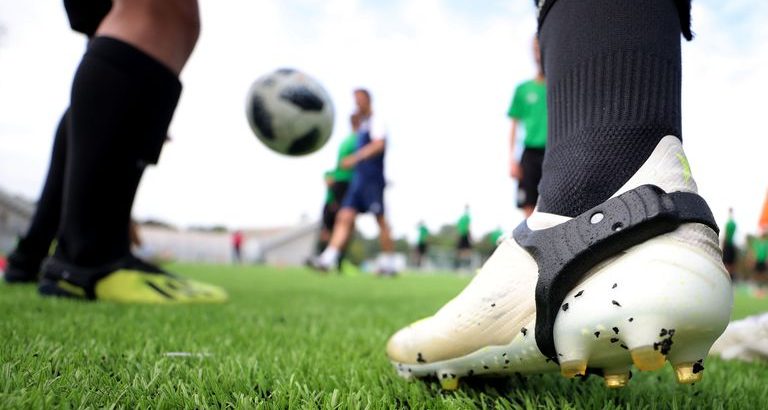 Arsene Wenger’s proposed changes to the offside law split opinion last year but few are better qualified than the former Arsenal manager to comment on innovation in football.

In fact, Wenger, a pioneering influence in the Premier League who transformed physical training and preparation following his appointment as Arsenal manager in 1996, now makes a living out of it as head of global football development for FIFA.

Wenger recently predicted neuroscience will be the sport’s next area of evolution, saying training the brain could help players make better decisions on the pitch, and he sees similar potential in performance analysis technology made by Playermaker.

So much so, in fact, that in May 2019, six months before he started his role with FIFA, he decided to personally invest in the company following a demonstration of their performance-tracking sensors by a Championship side’s youth team in the back garden of his Totteridge home in north London. 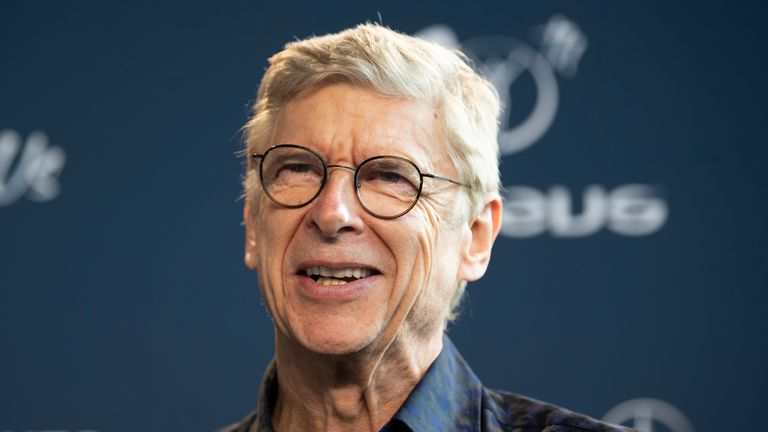 “I couldn’t tell the players where we were going,” Guy Aharon, Playmaker’s CEO and co-founder, tells Sky Sports with a chuckle.

“Imagine getting off the coach and seeing Arsene Wenger in his own home, then training in front of him in his backyard.”

Playermaker is not the first company to provide performance insights via wearable technology – GPS devices placed in the back of vests are already a ubiquitous sight in top-level football – but its offering is unique in the sense that it is mounted to a player’s boot.

“The GPS vest is great technology but we believe there needed to be new levels of performance indicators,” says Aharon.

“By being mounted on the footwear instead of just measuring motion from between the shoulder blades, we are able to track player-ball interaction.”

The sensor is usually used in tandem with GPS devices rather than instead of them and while it does provide much of the same physical data, such as distance covered, sprint speed, acceleration and deceleration, its focus is on the technical side. 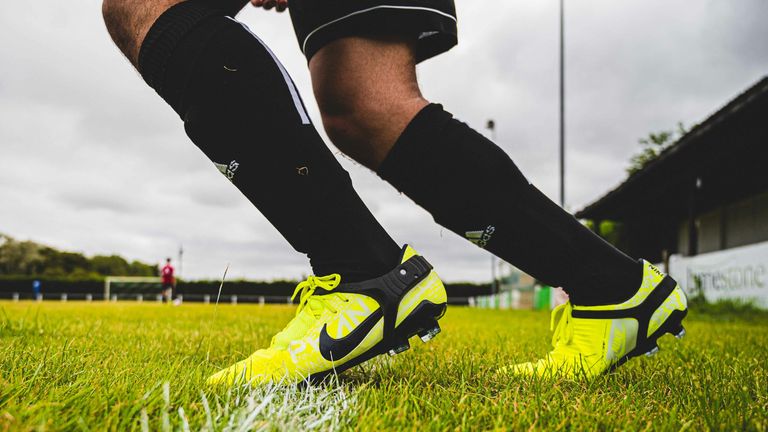 The data is converted into insights using artificial intelligence and machine learning algorithms then fed back to iPads and other devices via Bluetooth for coaches and players to assess.

The company was only founded two years ago but their sensors are already used by 160 teams worldwide. The rapid growth is in large part thanks to Wenger’s investment.

“I had shown Mr Wenger the technology before and he saw its value, but he was sceptical about how it actually worked, which is why I took the team to his home,” says Aharon.

“He recorded and monitored their session using our equipment then looked at the data. He said it was amazing and that he wanted to help us push it forward as an investor.

“He isn’t involved in the day-to-day of the company but he gave us a big push at the beginning and we’ve been inspired by his advice and insight. We are proud that a man like him believes in what we are doing.”

Wenger, famed for his record of promoting youth at Arsenal, has long viewed the ages of seven to 14 as a make-or-break window in terms of technical development – “if you have no technical skill at 14, you can forget it,” he once said – and it is partly for that reason that this particular technology piqued his interest. 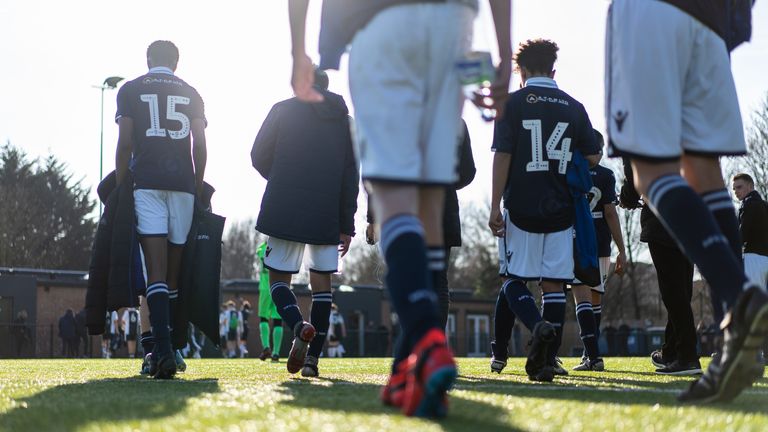 “If you are not fixing technical issues at a young age, it is very much harder to do it at a later stage,” says Aharon.

“For older age groups, rather than training technique, the main benefit of the sensor is seen in injury prevention and rehabilitation.

“But for younger age groups, our focus is based around Wenger’s vision, of working on the technical.

“We see success stories with academy players who were able to find out exactly what they needed to work on. Suddenly, they have this information and their coaches can then use it to open a dialogue: ‘This is what you’re doing – and this is how we can fix it.’

“For example, you can show a young player that he has a high number of ball losses during a technical drill or a game because he is keeping hold of the ball for too long.

“Before, it was a subjective discussion. A coach could say, ‘You’re not playing fast enough’, but the player would say, ‘Yes, I am!’. Now, you can see the actual numbers to prove it within a few seconds, without having to watch the entire drill or game back step by step, which requires a big staff.

“The younger generations in particular need immediate feedback and we are able to provide that for them.”

Norwich City, newly promoted to the Premier League following their relegation to the Championship last year, are one of the clubs to have felt the benefits this season – particularly at academy level. “The extra layer of feedback gave us the opportunity to help players develop over the course of the season – in very diﬀerent areas but always very speciﬁc to where it was needed within our playing philosophy: first or second touches, time on the ball, decision-making and so on.

“In some cases, the data just backed up what we already assumed or knew. But in other cases, it gave us completely new insights we could work with, like running gait variations and strike velocity.”

Norwich now use the technology at all levels, allowing their academy players to compare themselves to the first-team stars whose footsteps they aspire to follow.

“For younger age groups, it’s fun and very engaging,” adds Domogalla. “You get instant feedback, you can compare with your friends and team-mates, you get your own scores and see where they sit compared to your idols.

“For older age groups, the competing element brings fun into it as well, getting on leaderboards and trying to climb the ranks.”

Aharon describes last year’s lockdown as being “like a time machine” for the technology’s development. Football clubs across the world had to adapt to new ways of working and Playermaker is just one of many companies which has had to evolve accordingly.

“We entered a frightening, unknown situation and came out the other side having accelerated a lot of processes,” says Aharon. 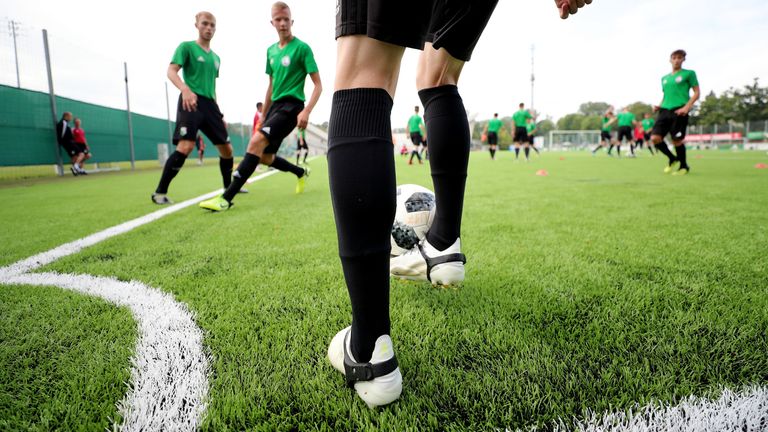 “We had a lot of clubs who were very concerned, the best example being Bodo/Glimt of Norway. They had the sensors, but their players were at home because of the lockdown, so they asked us for a way of using the sensors remotely.

“We built portable chargers for them and that enabled the players to use them at home and train individually, whether it was jogging on the treadmill or in the park, or doing drills in their backyards.

“The staff could track the players’ technical skills and performance remotely and know exactly where they were with the training, and the players were able to compare themselves to each other too.

“The feedback we had from the club was that it enabled them to go straight back into the season knowing exactly what the players had worked on and where they were with their training, and they then went on to win the championship.

“That’s down to amazing players and amazing staff, of course, but it was nice to have a small part in that success.

“We always listen to the clubs and we benefit from that. The users then feel like part of the revolution – and I say revolution because we are disrupting an industry – and everybody benefits.”

The company have now made a version of the sensor – the UNO – available for public consumption.

“The lockdown showed us that we were ready to take this technology, pack it up in smaller cases, which is the UNO, and make it available for any player in the world,” says Aharon.

“We are working to improve the best players in the world, but with the UNO, we’re also encouraging younger players to do more sport, to be more active, and to make sure no one is failing to make the most of their talent because they don’t have the resources.”

It is a philosophy of which Wenger approves.