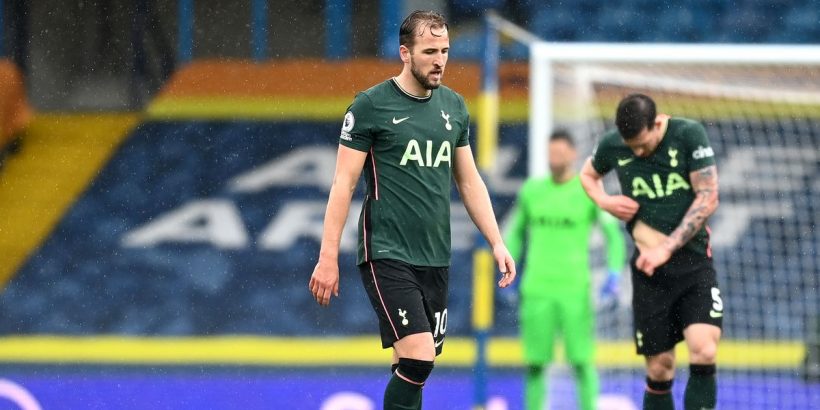 Wantaway Tottenham star Harry Kane has been told to forget about making a summer departure from the Premier League club.

Kane had told Spurs chairman Daniel Levy that he wanted to move on at the start of the summer window, following another trophyless season for the club.

They reached the Carabao Cup final last season, but were dominated by Manchester City, and finished a lowly seventh in the top-flight under caretaker boss Ryan Mason.

That has caused Spurs skipper Kane to demand a departure this summer, with Manchester United and Manchester City both interested in bringing him to the north of England.

But any potential move is facing the problem of navigating the fact that Kane still has three years left to run on his current contract.

That virtually allows Levy and Spurs to name their price for the 28-year-old, with a fee in excess of £150million understood to be required to tempt them into a deal.

Former Tottenham midfielder Jamie O’Hara, though, believes that the hefty price tag will scupper Kane’s hopes of leaving this summer.

Do you think Harry Kane will leave Tottenham this summer? Comment below.

Instead, O’Hara believes United and City will turn their attention to the likes of Erling Haaland and Romelu Lukaku to buy a striker.

“As much as he might want to leave and as much as teams might come in for him, I think Daniel Levy has set an amount of money,” he told talkSPORT.

“He’s saying is around £150million and I just don’t see anyone paying that sort of figure, especially at this moment in time.

“Pep has come out and said it’s too much, they can’t afford it. I think you’re going to end up seeing teams going for [Romelu] Lukaku or [Erling] Haaland.

“Spurs are going to price Harry Kane out of a deal. They don’t need to sell him because he’s got two or three years left on his contract. I can see him staying at Spurs, I can.”