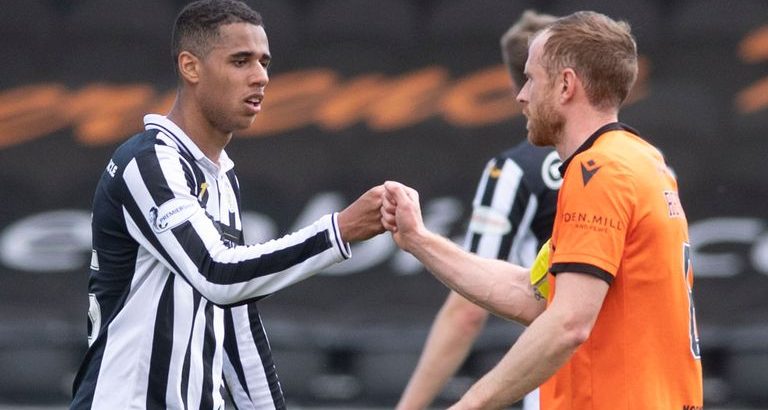 Report as Dundee United finish the game with 10 men after Jamie Robson was shown a straight red card for a challenge on Kyle McAllister; St Mirren finish in seventh on goal difference after Motherwell’s defeat to Ross County St Mirren finished top of the bottom six in the Scottish Premiership as they clinched seventh place on the final day of the season, drawing 0-0 with Dundee United.

The Paisley outfit ended their league campaign with a goalless draw against 10-man Dundee United, who had Jamie Robson sent off in the second half after being shown a straight red for a challenge on Kyle McAllister.

With Motherwell losing to Ross County, the point for Jim Goodwin’s side was enough to take them above the Fir Park outfit on goal difference and into seventh spot.

St Mirren started on the front foot against United and had the visitors pinned back in the opening exchanges, with Dylan Connolly causing problems down the right flank, but were unable to threaten Ross Doohan’s goal.

United went close to opening the scoring after 13 minutes when Logan Chalmers and Lawrence Shankland combined inside the penalty area. Shankland backheeled into Chalmers’ path but Ryan Flynn slid in to make a crucial intervention and deflect his shot just wide.

St Mirren had a huge shout for a penalty after 27 minutes when Eamonn Brophy tumbled in the box. Brophy latched onto Lee Erwin’s flick on and was in on goal. He hesitated rather than take a shot and then probed the ball past Doohan and hit the deck as the ‘keeper dived at his feet but referee Euan Anderson waved away the penalty appeals.

Shankland forced a save from Jak Alnwick with a header from Robson’s cross. 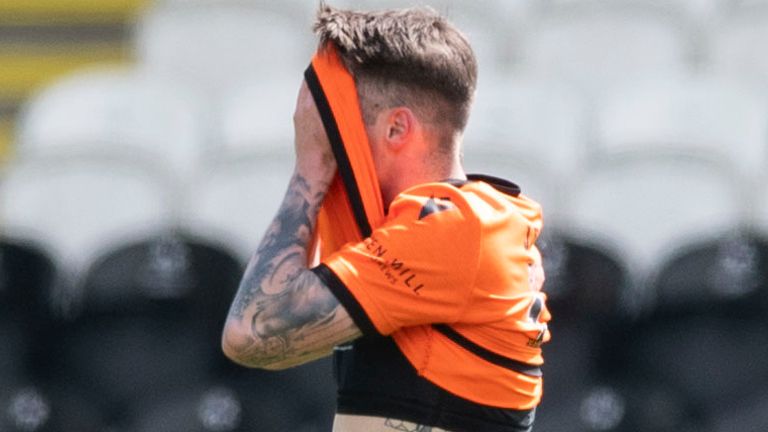 Four minutes before the interval St Mirren went close as Jay Henderson clipped in a cross from the left flank that Jamie McGrath got onto the end of but he sent his header just wide.

Just after the interval Shankland played a neat flick onto the path of Chalmers and he let fly from the edge of the box but Alnwick was well placed to pull off the save.

St Mirren then went close on a couple of occasions but Doohan produced a couple of smart saves to deny them.

When Connolly got in down the right flank his cross deflected off Jeando Fuchs and looked to be creeping in at the near post but Doohan reacted well to get down and turn it round for a corner.

Then Brophy let fly with a powerful drive from 25-yards that Doohan managed to fingertip it over the crossbar. Dundee United were reduced to 10 men after 71 minutes when Robson was shown a straight red card. The youngster made a rash challenge on McAllister as he tried to win back possession, stamping on his ankle, and referee Anderson had no hesitation in giving him his marching orders.

United threatened late on but substitute Marc McNulty opted to try to tee up one of his team-mates rather than shoot himself and St Mirren survived. 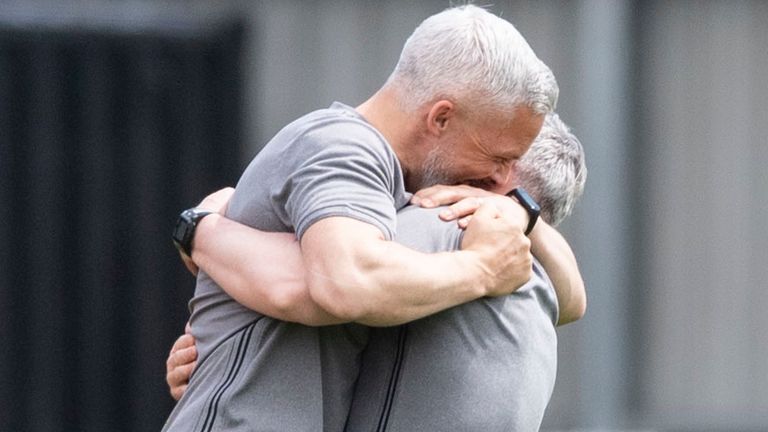 St Mirren manager Jim Goodwin: “We have achieved a number of things we haven’t done for decades. We have the youngest player to play in the Premiership, most points, highest league finish.

“We have had near misses but it’s not the time to reflect in what we could have done.

“We know with Hearts coming up things will be tougher [next season] but we enjoy the underdog tag. There are positives to take and things to work on for next season.

“We had to reset our goals after missing out on top six and we wanted to be best of the rest and we have achieved that.

“Financially it means a lot for the club with the extra position in this time of real difficulty. The money will help bring in quality players and the infrastructure so it means a lot. I’m thrilled to be finishing seventh.”

“The only thing he could be guilty of was a really poor first touch and then he’s made a good honest challenge. Nobody here can tell me that wasn’t an honest challenge for the ball and he’s maybe mistimed it.

“The boy’s got back up and we’ve all got on with it, let the teams play 11 v 11 and fight for seventh place.

“Jamie was terrific all day and I’m gutted for him because he played so well and a moment like that shouldn’t decide how he leaves the game.”