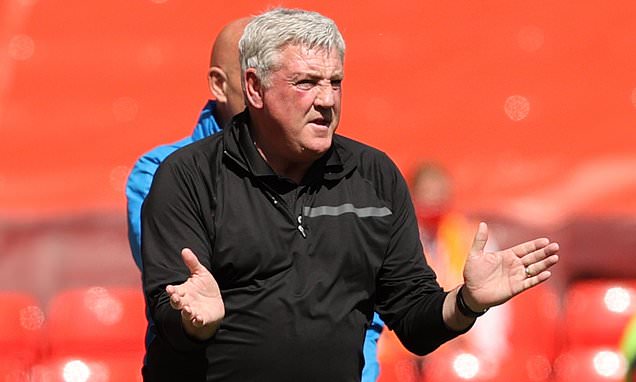 Steve Bruce has insisted matching last season’s Premier League points tally would not represent success for Newcastle – but it would be ‘acceptable’.

The Magpies head into Sunday’s home clash with Arsenal having significantly eased their relegation fears with two wins and two draws in their last four games, and with Bruce looking to equal, if not better, the 44 points and 13th place his side managed at the end of the last campaign.

That has helped them regain some of the ground they lost during a confidence-sapping 19-match run which yielded just two victories and thrust them into the thick of a survival battle with injuries and Covid-19 severely limiting the under-pressure head coach’s options. 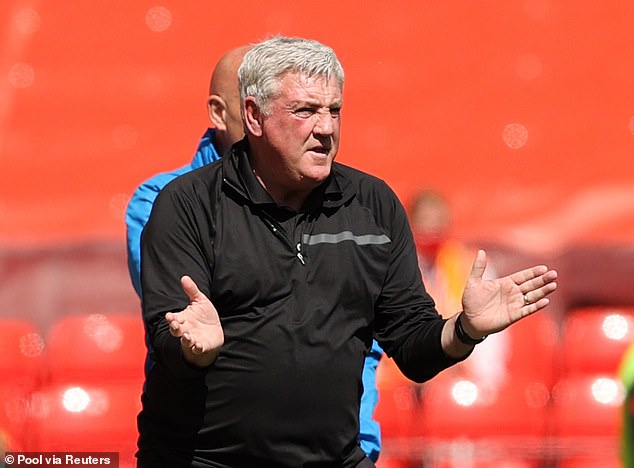 Asked what hitting his target would mean, Bruce replied: ‘Look, it’s not a success, but with the problems we’ve had…we’ve been in the bottom half of the division now for a number of years, that’s where we are at this particular moment.

‘If we can match last year, where we got to, then I think we would all accept that would be, considering the problems we’ve had, acceptable.

‘Can we finish above where we did last year? I doubt it, but considering the problems we’ve had this year, then I would be delighted if we could get there.’

The only blemish in the last eight fixtures is a 3-0 defeat at Brighton on March 20 in which Newcastle turned in an abject display, although that appears to have served as something of a watershed. 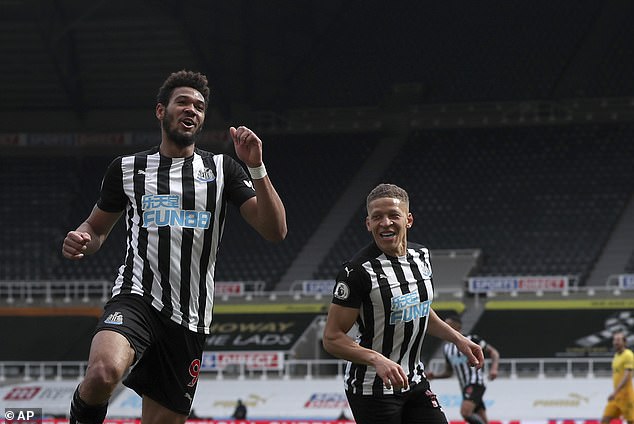 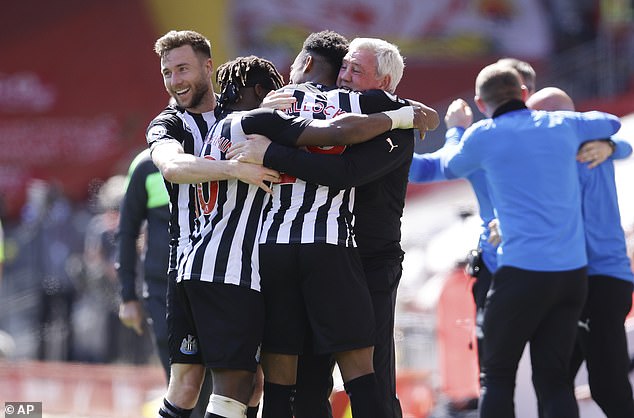 Bruce said: ‘Certainly when you throw in the horror show at Brighton, then you have to have a response and all of them have responded in a positive way to say, “Look, we weren’t good enough on the night and we’ve got to be better than that if we’re going to stay in this division”.’

The latest point was hard-earned as the Magpies struck late through substitute Joe Willock – his third goal from the bench in as many appearances – to deny reigning champions Liverpool victory at Anfield last Saturday.

It is not the first time they have shown a gritty resilience this season – indeed, 13 of their 36 league goals have come inside the final 10 minutes of games, nine of them in or after the 85th minute.

Bruce said: ‘It’s quite remarkable that we have the ability to hang on in there, but it gives everybody a lift to get a result against a big, big team.’