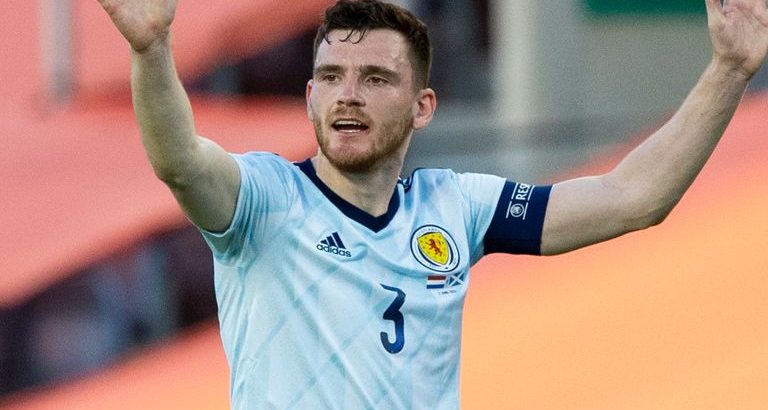 Scotland are gearing up for their first major tournament since the 1998 World Cup, following last November’s memorable penalty shootout victory over Serbia that booked their place at the finals.

Brown was the man in charge of Scotland at the World Cup 23 years ago and believes Clarke’s current players have the credentials to write another underdog story this time around.

Speaking to Sky Sports News, Brown said: “We don’t care how we qualified – we are there. I think we have got a team that is capable of getting us the full distance, honestly.

“I’m not being daft or patriotic – I’m genuinely optimistic we can go the distance here and we have every capability in that team.

“When I see other countries that have won it – Portugal won it without winning a group game, Greece won it. Way back in 1992, Denmark won it. They came from nowhere.

“It is possible for someone else, not a big, high-profile team, to win it, and I think Scotland have a chance this time.”

Current boss Clarke has already backed his players to ‘become legends’, adding the team have the potential to progress beyond the group stages.

The national team’s preparations for the Euros have since included an encouraging 2-2 friendly draw with Netherlands, followed by a narrow 1-0 win against Luxembourg.

Brown thinks Scotland’s competitiveness against the Dutch should inspire confidence they can do more than make up the numbers.

“I am a Tartan Army man and I am desperate to see Scotland at a tournament, and I think the rest of Europe loves Scotland being involved because the fans bring colour and excitement,” Brown added.

“When you look at the countries involved, there are some very well known countries and some prestigious names in football, but we played the other day against the Netherlands and they are one of the favourites.

“I genuinely think we can go the distance.”