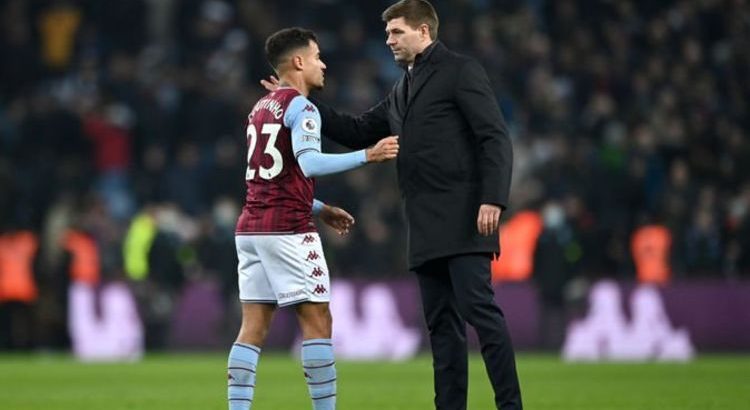 Gerrard explains why he loaned Coutinho at Aston Villa

Aston Villa are set to once again plunge into the transfer market as Steven Gerrard prepares to add more stars to his squad ahead of the looming deadline. Villa have already brought in the likes of Philippe Coutinho, Lucas Digne and Robin Olsen this month, as they set their sights on achieving European football.

Villa sit in 11th place in the Premier League table at present; just over ten points adrift of the European places with games in hand.

And now Gerrard is stepping up his intent in the transfer market and is looking to get a few final key deals over the line.

This could well begin with Juventus ace Rodrigo Bentacur after talks opened up between the two clubs regarding the formalities of a move, as report the Express and Star.

Bentancur, who has won three Serie A titles with the Italian giants, is valued at around £16million.

Villa remain keen to splash the cash, after promising Gerrard the funds would be present to overhaul the squad and build for the future.

The Midlands club continue to be linked with an audacious swoop for striker Luis Suarez, with Gerrard said to be keen on a reunion with his former Liverpool team-mate.

Suarez is reported to have already given the Villa boss a ‘glowing reference’ regarding Uruguay team-mate Bentacur, ahead of potentially sealing a switch himself following the expiration of his current contract in place with Atletico Madrid.

Speaking recently regarding transfer activity, Gerrard told reporters: “If the right player and the right opportunity becomes available to make the team the squad better we will try and pounce like we have done previously,” he said.

“We have had a positive window so far but of the right players do not become available we will have to remain patient.”

At 24-years-old, Bentancur has already racked up 45 caps for Uruguay, where he has played alongside Suarez since 2017.

Having been snapped up from Boca Juniors as a youngster, Bentancur has featured almost 200 times for Juventus over the past four-and-a-half seasons.

Although not a regular goal-scorer, he has played in at least 30 league games for the Turin giants for the last three seasons, and is on course to repeat that this campaign with 17 appearances so far.

Villa do already have a host of midfield talent within the ranks, with Gerrard promoting youngster Jacob Ramsey to regular first-team duties this season.

Following their recent 1-0 victory over Everton, in what was Gerrard’s first trip top Goodison Park as a manager, Villa find themselves making up ground in the table.

They return to action on February 9, when Leeds United make the trip to Villa Park.