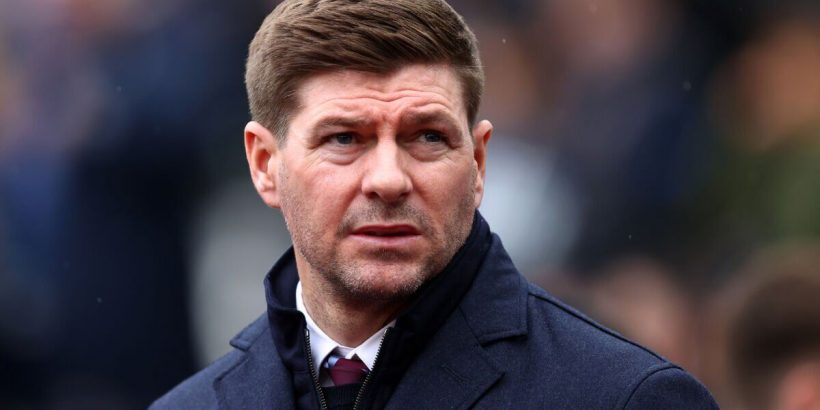 Aston Villa boss Steven Gerrard will raid former club Rangers for defender Calvin Bassey in the summer, according to reports. Gerrard has conceded that he is desperate to add quality to the ‘spine’ of the Villa team.

Bassey emerged as one of Rangers’ best performers in their Europa League final defeat by Eintracht Frankfurt. The left-footed defender – who can play at left-back and centre-back – has enjoyed a meteoric rise and is believed to have interest from across Europe.

The 22-year-old was unfortunate to be on the losing side in last week’s clash in Seville. Rangers were ultimately beaten on penalties by the Bundesliga side following a 1-1 draw, in which they had led through Joe Aribo’s goal.

Villa boss Gerrard is expected to be busy in the summer transfer window after a couple of disappointing results. The Midlands outfit have not won any of their last three Premier League matches and on Sunday face a Manchester City side who are attempting to clinch the title.

JUST IN: Chelsea tipped to sign Pogba to give Tuchel dream partnership

Bassey will be one of the stars who Gerrard targets in the off-season, according to the Daily Record. A switch to the English top-flight would cap a remarkable rise for the Nigeria international.

The Italy-born ace was released by Leicester in the summer of 2020 and embarked on a string of unsuccessful trials. He was finally taken in by Gerrard at Rangers.

Bassey has since gone on to play 65 times for the Glaswegian side, winning the league title under Gerrard in 2020-21. On Sunday, he helped Giovanni van Bronckhorst’s side lift the Scottish Cup.

A move to Villa would see Bassey reunited with Liverpool hero Gerrard. The Villans have already sealed a permanent deal for Barcelona loanee Philippe Coutinho.

“I think we are further ahead here than we were at Rangers. But it does take time, it takes windows, it is a patient process. It is not just going to change overnight. But I think we have got the ingredients here to become a really strong team in this league,” Gerrard said this week.

“There are areas of the team where we are blessed and lucky to have some top talent but there are also areas where we believe we can get stronger and better. I think the spine of the team needs some support.