Steven Gerrard hailed his rampant Rangers as they finally delivered the huge beating they have been threatening to dish out all season.

Rangers hit eight in the top flight for the first time since 1981 to hammer hapless Hamilton at Ibrox as Kemar Roofe, Joe Aribo and James Tavernier all scored twice after Scott Arfield set the tone, with Brandon Barker also on target.

Gerrard’s side have an ominous nine-point lead at the top of the Scottish Premiership – though Celtic have two games in hand – and the Rangers boss admitted it was the sort of onslaught he felt had been coming.

“It was a very impressive performance, a strong win and another clean sheet,” said Gerrard.

“The thing that pleased me the most was the standards that we maintained from start to finish. 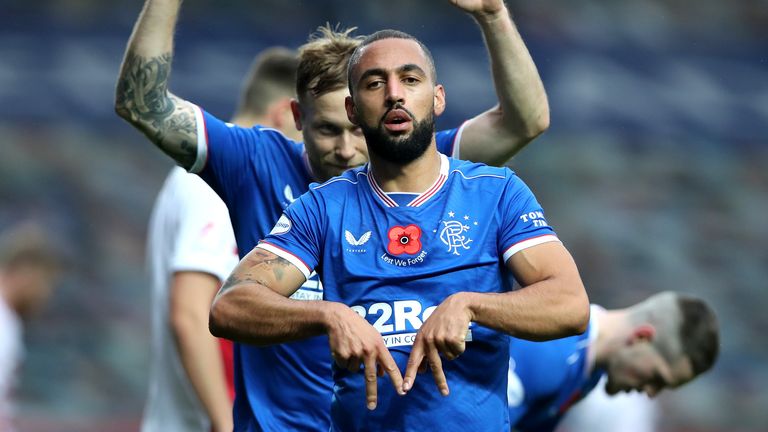 “I have been on to these players, probably on to them too much, about keeping standards no matter what stage the game is at. It pleased me at half-time that we carried on looking to score goals and win even more emphatically.

“It has been coming, we have threatened to do that.

“But the pleasing thing today was that we were very clinical. We suffocated Hamilton from start to finish, we stayed on them and never took our foot off the gas and you could see the quality throughout the squad.

“Look, we are not at the stage yet where we can play with ego in any game or at any stage. We are trying to become a winning team, a successful team. We are in no position to disrespect any opponent or any team. It is about Rangers
trying to be as strong for as long as we can and be as consistent as we can.” 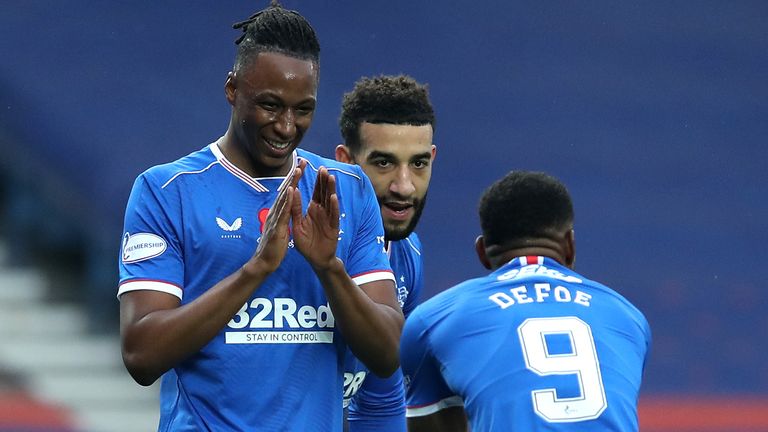 Gerrard handed a debut to Bongani Zungu at half-time and was impressed by his first look at the South Africa international in a blue jersey.

The Gers boss said: “He came into the game at a good time. He’s only going to get stronger, fitter and better.

“It was great to get Jermain Defoe a full game today, as it was with Kemar. We’re getting Jermain, Kemar and Aribo really close to full fitness now which is a real help for me.

“Aribo is a top player. He’s been out for 11/12 weeks so it always takes half of that to get your sharpness back but I think he’s really getting close to that now.

“You could see flashes against Benfica that his quality was back. And today you saw that when he’s in full flow he’s hard to stop.

“Hopefully he comes back fit from international duty and he will be 100 per cent ready to fire.”

The result was another painful day for the rock-bottom Accies but boss Brian Rice challenged his players to take inspiration from Southampton, who suffered a 9-0 defeat to Leicester last season but this weekend moved top of the Premier League for a spell.

Rice said: “Listen, we are down there bottom of the league for a reason. There’s only one way we can go and that’s up. But you’ve got to want to go up and fight.

“But it didn’t seem to affect Southampton. That’s what I’d say to the players. They lost 9-0 to Leicester last season and this weekend were top of the English Premier League.

“So things can change quickly in football.”